Square Enix has announced that Dragon Quest XI will have a special arrangement album. The Tokyo Metropolitan Symphony Orchestra will 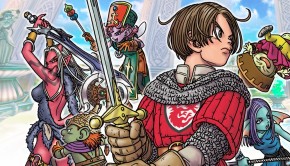 Today Square Enix announced Dragon Quest XI: In Search of the Departed Time is being developed for PlayStation 4 and Nintendo 3DS. Set