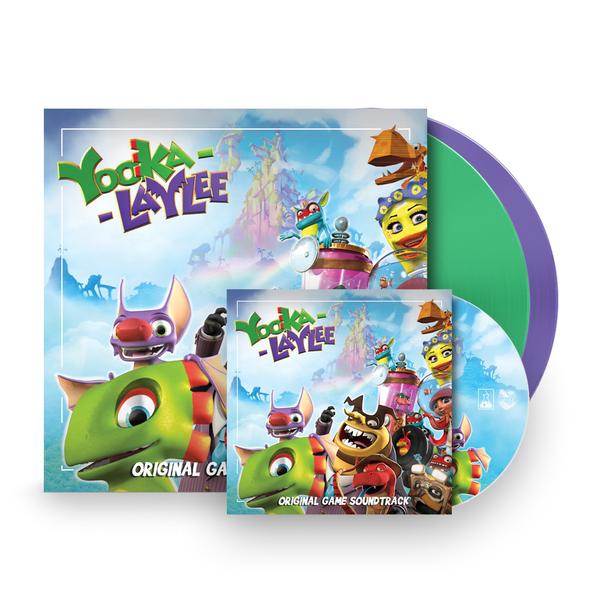 Grant Kirkhope composed the majority of the world themes, with boss theme contributions from David Wise and the retro-style themes by Steve Burke for an arcade area. Various editions of the soundtrack are available here, with options ranging from a full vinyl/CD/digital bundle to digital only.