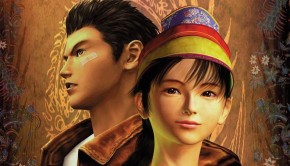 A little over 24 hours since its surprise announcement at Sony E3 2015 Press Conference, Yu Suzuki’s Shenmue 3 has