We are proud to present the winners in the ‘Albums of the Year’ category of the Annual Game Music Awards 2019. 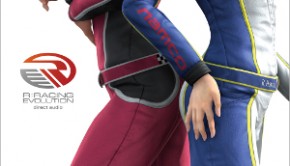