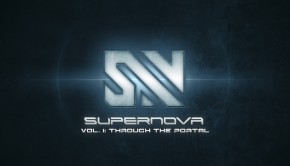 Olivier Deriviere, the VGMO favourite behind scores such as Remember Me, Freedom Cry, and Alone in the Dark, has released