The Game Audio Network Guild has confirmed its winners for the 16th annual G.A.N.G. Awards today via Twitter.  The ceremony

We are pleased to present the winners in the ‘Audio of the Year’ category of the Annual Game Music Awards 2017. 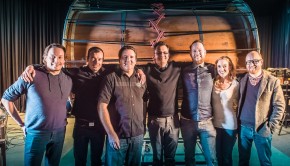