Jeff Broadbent has risen to fame spectacularly quickly. Despite entering the video game industry just a few years ago, he has already scored high-profile projects such as PlanetSide 2, Transformers: Dark of the Moon, and I Am Alive. His latest work is Electronic Arts’ MOBA Dawngate.

In this interview, Broadbent reflects on his background and influences, including how Joe Hisaishi and Nobuo Uematsu are among his biggest influences. He goes on to dissect the soundtrack for Dawngate, noting how he took a thematic approach to drive the narrative.

Harris: To start off, would you like to introduce yourself, especially about how you got into writing music for games? 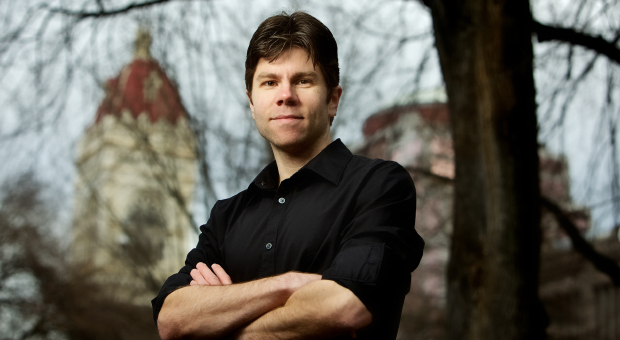 Jeff Broadbent: I’ve had a love of music all my life, and started composing when I was a teenager. I studied composition at university, and very much enjoyed learning about music theory, harmony, orchestration, etc. While studying at UCLA I took a video game music class taught by Lennie Moore, and this sparked my interest in the medium.

After graduating I started writing music for smaller game projects, gradually building credits and experience. As I built up my portfolio and work history I continued to network, attend video game trade shows, and reach out to many game companies. I’ve been fortunate to have the opportunity to write music for many diverse video games.

Harris: When were you brought on board to write music for Dawngate and what did you think of this opportunity?

Jeff Broadbent: I first heard about Dawngate towards the end of 2012, and at this time I had the chance to create some demo tracks for consideration. Caleb Epps (audio director on Dawngate) liked my demo, and based on those ideas I started composing for the game. Writing officially started in April of 2013. At this point the game was well underway – not yet in closed beta, but still in playable form.

I was very excited to work on Dawngate! I visited the Electronic Arts Redwood Shores studio, met the development team, and was able to see the awesome concept art, and watch the gameplay. I really appreciated how creative the game design and aesthetics were – I especially enjoy working on games with such a creative impetus behind them. 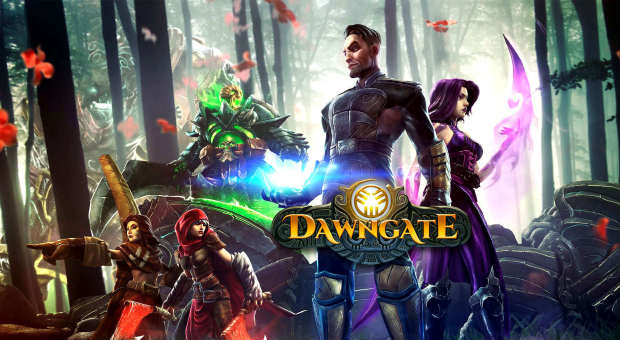 Harris: What were you hoping to achieve in terms of the overall style and feel of the score? More importantly, what did you want to convey through your music?

Jeff Broadbent: The prime goals were to convey the needed emotions to fit the gameplay, such as victory and triumph when you are winning, darkness for moments of defeat, strong motivation for battle, and also a sense of ethereal beauty to go with the lore of the game.

I wanted the score to be a unique blend of sonic colours and instruments. I’ve worked as a sound designer as well, and I like to take a sound-based approach to the instrumental colours I choose. Ideally each game should have its own unique set of instrumentation that is fitting and innovative for the game.

Finally, I wanted to use memorable melodic motifs and themes throughout the score. I’ve always loved the music of the Final Fantasy series; it does a wonderful job of weaving motifs throughout the music. Dawngate is an action MOBA, so the music is very action-heavy, yet nonetheless I did weave in some thematic elements into the combat music.

Harris: The main theme is so rich in orchestration and clarity. I especially like how it is very Asian inspired. Was there some strong reason behind this?

Jeff Broadbent: Thanks!  Yes, there is some Asian influence in the main theme – this is because the concept art of the game had a lot of Eastern influences, so such a musical approach felt like it would work.  Dawngate takes place in another age of fantasy and mystery, so combining different world music elements helped provides this sense of musical diversity. 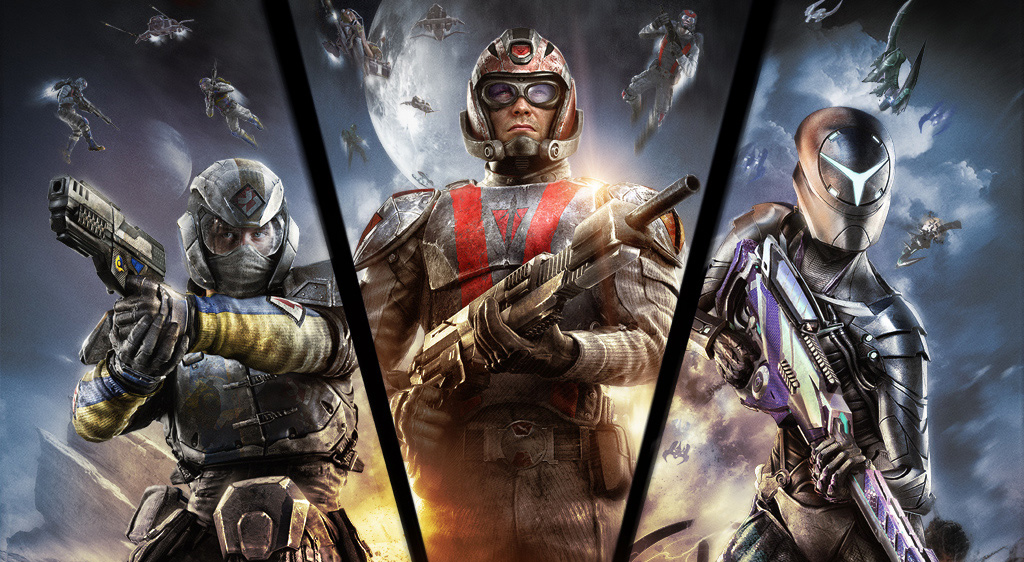 Harris: Furthermore, even some of your previous themes for games like Planetside 2 have this Asian influence. Do you believe their musical culture to be an influence in your works?  Have you ever been to China or Hong Kong?

Jeff Broadbent: Interesting you noticed that about Planetside 2! For Planetside 2 such Asian influence was not intentional, though I can see what you mean. You can learn more about my inspirations for the score in this developer’s diary.

One of my favourite composers growing up was Joe Hisaishi, who has scored many of the Studio Ghibli films. Hisaishi blends Eastern instruments and scales with Western music elements (large orchestra, bombastic music) very well. He also has a wonderful mastery of harmony, using techniques that are similar to the Impressionistic composer Debussy.

I think this influence has shaped my own music as well. I very much enjoy using world instruments in my music. Also the harmony techniques I mentioned above can bring an additional means of communicating various tones and emotions, which is very useful.

I haven’t yet been to China, but I do plan on visiting next year for China Joy, and also to visit some video game studios there I’m working with.  I look forward to it!

Harris: Coming back to Dawngate, Shaper Select uses an enjoyable and rhythmic mixture of strings and percussion which is accompanied by a variation of the main melody. Will you refer to the main theme more throughout the score?

Harris: Also, when you were composing Shaper Select, was there something you had in mind with the direction it took? Perhaps to get the players pumped up for the battle ahead, judging from the pace and rhythm.

Jeff Broadbent: Yes, definitely the aim was to motivate the player for the impending battle.  Rhythm and percussion instruments like you mentioned help a lot with this.  I also wanted to continue the Asian influence in this track – for example, there is a passage in the Shaper Select music where French horns play the melody in rising fifth intervals.  Musical intervals of the fourth and fifth are prominent in Eastern music.  I also used pentatonic scale elements in this cue, which hearken to the Eastern influence.


Harris: Will each different character get a different theme or melody? Who is your favourite?

Jeff Broadbent: Currently each character doesn’t have their own theme (there are many characters!) but the design team is keeping in mind this option of every character getting their own theme as a potential future expansion.  My favourite character is probably Dibs, he reminds me of the “Fuzzball” character from the old Captain EO show at Disneyland! 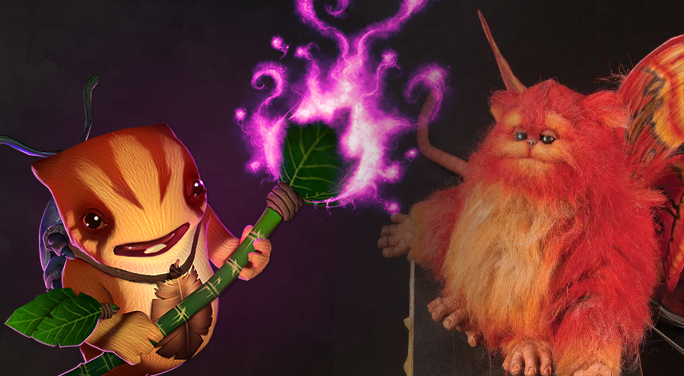 Harris: Will you be releasing the soundtrack for the game, or at least release more samples? I really hope you do, because the samples have more than sold it for me.

Jeff Broadbent: Yes, we are actually planning on releasing a soundtrack!  While not 100% for sure it is something we would like to do.  At the very least more music samples will be released in the near future on my composer website.

Harris: One particular game’s soundtrack that I really enjoyed was I Am Alive. The main theme for it was so emotional and ominous. It was kind of slow and quiet too, perhaps referencing the empty and broken nature of the apocalypse? What did you want to do with that?

Jeff Broadbent: Good observations!  Yes, the goal with the I Am Alive main theme was to express a sense of isolation and aloneness – to represent the solitary man in search of his family in an ominous and dark environment.  The piano represents the protagonist, and the ambient and dark synthesizers and percussion symbolize the harsh reality he is surrounded by.

Harris: This is a question I ask every composer in hopes that it might help someone. Any advice to budding young composers who might want to get their feet in the industry?

Jeff Broadbent: I would say to first get a solid understanding and education in music. Studying composition in college helped me immensely, as well as taking specialized film scoring and video game music classes. If you like to write orchestral music, study orchestral scores (like John Williams’ scores, which are available for purchase). I always have a study score nearby I’m looking through and marking up.

Second, learn the technology. When I was in college I took every chance I could to learn programs like Logic Pro, different plugging, etc. Learn to mix your music well by listening to lots of professional music mixes and comparing yours accordingly. Nowadays the composer needs to produce great sounding music that is both composed and mixed well.

Finally (and this is possibly the most overlooked step), learn about running a freelance business. Being a composer nowadays is a freelance operation, so you must have a plan for how you will build credits, meet clients, provide outstanding service, manage income and expenses, etc. I found this topic was not addressed very well at university, so I read (and continue to read) many books on freelance and independent business, and put the principles into practice.

Bob Rice, my former agent for video games (he is retired now, and prior to that was the leading video game agent in the world) always told me that the business side of things is very important, and often overlooked. Bob mentioned that all the successful composers he met (including Danny Elfman and others) had a strong passion for both music and business, and applied themselves on both fronts. I cannot agree more! 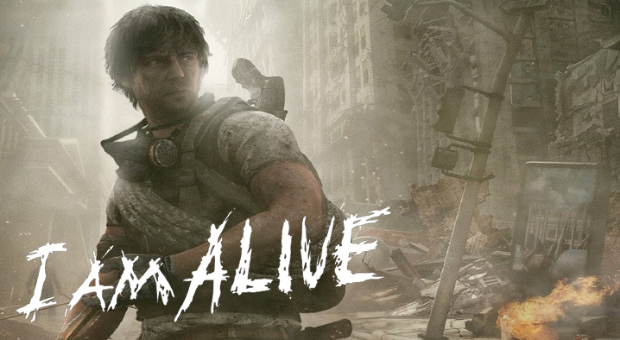 Harris: Any hints for our readers and your fans on what you might do next? What would you personally like to do?

Jeff Broadbent: I’m currently scoring several games at the moment, unfortunately I can’t talk about them right now (as they are unreleased), but my website is always up-to-date with the latest news.  In addition to video games I would like to start working on another album of trailer music soon.  Last year I composed an album of trailer music for Position Music, and when my schedule opens up I’d like to start working on the next album.

Harris: Lastly, thank you so much again for sharing with us your experiences. Is there anything else you would like to say on an ending note?

Jeff Broadbent: Thanks very much for your interest!  I’m thrilled to be composing for video games – it really doesn’t seem very long ago (it actually wasn’t very long ago!) when I was in college reading similar interviews.  I enjoy taking the time to talk about the scoring and creative process =)