On March 4, Microsoft Studios Music released two full-length soundtracks for Fable Legends. Series’ composer Russell Shaw returned to compose and record over three hours of music during the upcoming title’s development. Both titles are available to purchase on digital stores and stream on Spotify now.

The first volume, Fable Legends: The Rosewood, features 31 orchestral compositions. It promises to take “the Heroes on a magical musical adventure through the dark and wild Rosewood Forest that lies just beyond Brightlodge’s safe town walls”.

The other volume, Fable Legends: A Tale of Two Sides, captures the interactive combat aspect of the game. Each of the 34 tracks features a Good and Evil side that dynamically adapts to whoever has the upper hand in gameplay: Hero or Villain. 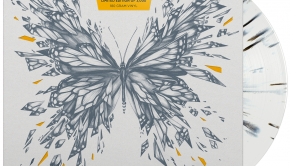 One Response to Fable Legends soundtracks released ahead of game