Tomohito Nishiura is the sound team leader of game developer Level 5, best known for composing the soundtracks to the Professor Layton and Dark Cloud series. Born on February 13, 1973 in Setagaya, Tokyo, Nishiura learned to play music and compose music from a young age. While his tastes were varied, he found himself particularly swayed by folk music, as an acoustic guitarist. After graduating from university, he decided to work in the games industry and entered established developer Riverhill Software as a sound designer in April 1997. He initially contributed sound effects to the horror game OverBlood 2 alongside three others. He impressed developers with his meticulous work and ability to evoke atmosphere on the title. Though the title was a critical and commercial flop, the game’s director Akihiro Hino nevertheless received backing from Sony Computer Entertainment to found his own company, Level 5. Nishiura accepted a position at the company as its audio lead and starting work in October 1998.

Nishiura soon started work on Dark Cloud, an early PlayStation 2 RPG released in 2000. Though he had never composed a video game before, he developed concepts for tracks by carefully reading the scenario and discussing ideas with the designers. Much of the soundtrack comprised of straightforward tracks inspired by other traditional RPGs, including tender setting themes, edgy battle tracks, and ambient dungeon tracks. Nevertheless, he also expressed his own personality by incorporating Celtic influences and a colourful acoustic palette on a number of tracks, including the catchy, well-received main theme. Due to budget limitations, Nishiura was also expected to handle all other audio aspects on the project, including sound effects design, sound editing, and sound programming. It was a huge responsibility for one man, but he persevered to produce an effective accompaniment to the game and developed expertise in all aspects of game sound creation as a result. The final game was well-received across the world and sold over a million copies.

Nishiura soon started work on 2002’s Dark Cloud 2 (aka Dark Chronicle). With Level 5 having the finances to expand into a larger company, Nishiura was able to focus solely on composing the title and a new employee was appointed to handle the sound design. He created a larger and richer score than its predecessor that nevertheless retained its traditional acoustic sound. Among its highlights were the accordion-led main theme and the emotional ending ballad, which he co-wrote with folk-rock singer Barbara Kessler. Reflecting the popularity of the soundtrack, Team Entertainment subsequently produced an arranged album dedicated to the score, featuring industry veterans such as Yoko Shimomura, Motoi Sakuraba, and even The Black Mages. He thereafter coordinated the sound production of Dragon Quest VIII, which was developed by Level 5 on behalf of Square Enix; his team effectively implemented Koichi Sugiyama’s orchestral score and even managed to stream orchestral recordings from its symphonic suite on its overseas release.

Nishiura developed his capacity as an orchestral composed on two projects. One was the MMORPG True Fantasy Live Online, which was disappointingly cancelled two years into development. The other was Rogue Galaxy, a well-received science-fiction RPG published by Sony. The score offered a deep atmosphere to give a sense of the protagonist travelling from one location or situation to another. The artist also developed his sample library in order to develop a more wholesome and atmospheric sound. Its well-received arranged album featured even more star composers than Dark Cloud 2’s. With Level 5 emerging as one of the most successful developers in Japan, they also started development on new projects such as Jeanne d’Arc and White Knight Chronicles. As the company’s sound lead, Nishiura only took a supervisory and supporting roles on such titles, and asked former sound effects designers Takeshi Inoue and Yumiko Hashizume to handle their music. He has also coordinated soundtrack productions with external artists such as Yasunori Mitsuda, Nobuo Uematsu, and Joe Hisaishi.

Since 2006, Nishiura has focused his attention on creating music for the Professor Layton series. On Professor Layton and the Curious Village, he developed a mysterious yet whimsical storybook sound to match the premise of these puzzle adventure games, headlined by the catchy accordion-led main theme. He subsequently elaborated on the formula with the darker music on Professor Layton and the Diabolical Box, before offering an epic finale for the initial trilogy on Professor Layton and the Unwound Future. While his music for these titles was often simple and low-key, it nevertheless appealed to many gamers. As a result, soundtracks for the trilogy were released, complete with remastered tracks and live versions performed by piano, strings, and accordion. The series’ music was also performed at Press Start: Symphony of Games 2008. Nishiura also independently penned a piano-based composition for the picture book The Giraffe Ate People, creating by Fukuoka artist Machu Mayu, between returning as a sound coordinator on Dragon Quest IX.

With the Professor Layton series emerging as a huge success, Nishiura helped to expand the franchise beyond the initial trilogy. He has written all the music for the prequel trilogy, comprising Last Specter, Miracle Mask, and Azran Legacies. With each title, he maintained the series’ familiar sound while matching specific scenarios, increasing musical variety, and enhancing production values. He also supervised the soundtrack for the series’ film adaptation, Professor Layton and the Eternal Diva, which featured orchestral renditions of his game themes and several theme songs. Most recently, he has co-composed the orchestral soundtrack for the crossover title Professor Layton vs. Ace Attorney. The music combines the signature themes and styles from each series with a magical main theme from Nishiura. With Level 5 developing more titles than ever, it remains to be seen whether Nishiura will compose for some new franchises or continue to dedicate his already distinguished career to further developing the Professor Layton legacy.

© Biography by Chris Greening (September 2009). Last updated on April 7, 2013. Do not republish without formal permission. 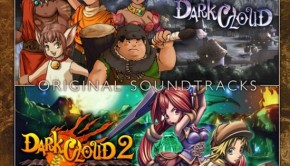