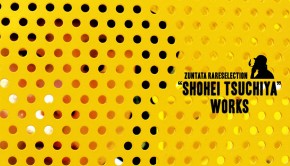 In the past week, three new albums have been revealed featuring music from members of Zuntata, Taito’s in-house sound team.