In the past week, three new albums have been revealed featuring music from members of Zuntata, Taito’s in-house sound team.

The Taito Digital Sound Archives Arcade Vol. 6 will feature the soundtracks for four of their classic arcade games. They include Masahiro Ikumi’s famous soundtrack for fighting game Psychic Force, as well as Operation Wolf, Operation Thunderbolt, and The New Zealand Story. The two-disc album will be released by Wavemaster for 3500 JPY on February 24. Phantom of the Kill Original Soundtrack features the music from a smartphone RPG featuring female assassins. While the game was developed by Fuji & Gumi Games, it was scored by Shohei Tsuchiya. The 24-track album, featuring remastered and rearranged versions of the original game music, was released by Enterbrain on December 24 for 2160 JPY. 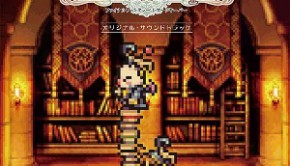