Game audio pioneer Jory Prum tragically passed away on Friday aged 41. Widely regarded as one of the pioneers in game dialogue production,

It was announced today that Brad Fuller, Atari’s most famous sound creator, passed away this morning (January 2, 2016). His 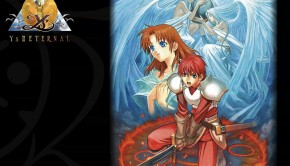 Hirofumi Matsuoka, a Falcom composer turned solo artist, has died. His sister announced on his blog that, after an eight

Kirill Pokrovsky passed away on June 1 at the age of 53, his official site confirms. A cause of death