GameSoundCon is an annual conference dedicated to the ‘art, technology, and business of game audio’. The latest conference will be held on October 7 and 8 at Millenium Biltmore Hotel, Los Angeles. Early bird registration is available until September 1 for 395 USD here. 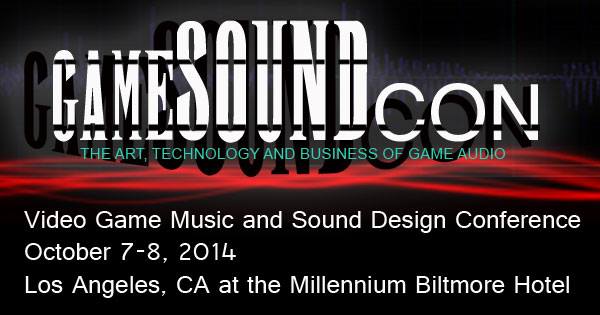 While anyone can attend this conference, it is primarily intended for audio professionals currently in the games industry or wanting to break into it. This year’s conference will feature a wide range of sessions about the musical, technical, and business aspects of creating game audio.