We are pleased to present the winners in the ‘Scores of the Year’ category of the Annual Game Music Awards 2020. These panel-voted, officially-recognized awards provide a thorough and wide-reaching recognition of achievement in game music over the last year. The panelists have selected their choices by carefully considering the merit of the game music created this year — as art and entertainment, as part of in-game experiences and as part of stand-alone albums. Congratulations to all winners, runners-up, and nominees. For our Fan Favorite category, the winner was determined by the soundtrack that received the highest number of fan nominations.

Austin Wintory’s score to The Pathless may be his most ambitious yet. Exploring the island in which the game takes place with the diverse set of musical cues added to the mystery, while the intense music accompanying the battles truly showcased what was at stake for the heroine. In addition, the usage of Tuvan singing by The Alash Ensemble helped bring a distinct and unique world-building element into the music as well. 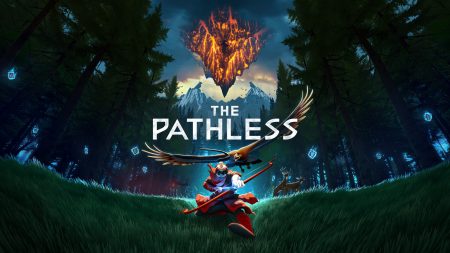 Sakuna: Of Rice and Ruin
Spiritfarer

The Last of Us Part II
Raji: An Ancient Epic

In a way, Final Fantasy VII Remake and Ghost of Tsushima could be called kindred spirits. Each game set out to recapture the magic of a bygone era. Ghost of Tsushima had to live up to the legacy of Akira Kurosawa, and Final Fantasy VII Remake had to live up to the legacy of a JRPG that many still consider one of the best ever created. And both largely succeeded, with musical scores that not only honored their respective inspirations, but even elevated them to new heights. Darren Korb’s soundtrack to Hades is a feast for the ears – the music ranges from the heaviest of heavy metal to industrial percussion, experimental electronics, and the mournful falsetto of Orpheus (sung by, of course, Korb himself) and soft, clear tones of Eurydice (Ashley Barrett). Each genre represented in the soundtrack is executed masterfully, resulting in the often blood-pumping, always thoughtful score to Hades. (Oh, and we can’t not mention the “On the Coast”, one of the final tracks, arranged by guest artist Austin Wintory)

No Straight Roads
Risk of Rain 2

Patrice Bourgeault’s score to Panzer Paladin encapsulates the idea of digital fusion. Not only does the score combine classic chiptune melodies with modern instrumentation, there was also an 8-bit rendition released for those who want to take a more nostalgic approach. The soundtrack is full of catchy melodies that perfectly complement the locales for which they are written.

Bloodstained: Curse of the Moon 2

Vanillaware’s latest game, 13 Sentinels: Aegis Rim sees the return of long-time collaborative music studio, Basiscape. Capturing all the mystery, intrigue, and intensity of the story through the soundtrack’s orchestral/electronic compositions, the composers at Basiscape were crucial in  adding musical color to the exquisite visuals and showcased the versality of the composers involved. Much like the story itself, the music is not to be missed.

“Many modern rereleases have “remastered” soundtracks that closely resemble the original but with updated orchestration. Final Fantasy VII Remake, by contrast, reimagines the original in a complex and highly effective way, breaking apart familiar themes and layering them a few measures at a time among new material. The composers are able to pull different moods out of the same theme (Tifa’s Theme in a minor key hits hard during a crucial story moment) … but even when they deliver the original boss theme (Still More Fighting) in its entirety, they turn it up to eleven and it’s unforgettable. The soundtrack as lovingly developed and expanded as the remake itself.” – Lauren “the Flute” Liebowitz (guest contributor) 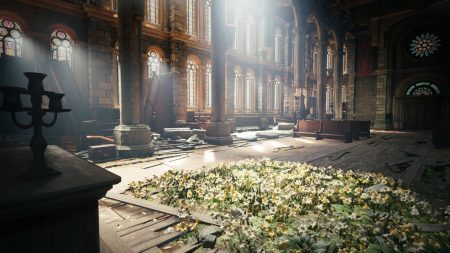 Streets of Rage 4/Ghost of Tsushima

Coven and Labyrinth of Galleria

We loved Tenpei Sato’s soundtrack to Coven and Labyrinth of Refrain when we first heard it alongside Nippon Ichi Software’s 2016 dungeon crawler; with the 2020 sequel came Sato’s soundtrack to Coven and Labyrinth of Galleria, and we have been just as thrilled with the resulting score. Packed with melodies that range from whimsical to mysterious to insanely fun, the score to Galleria manages to capture all the color of the first game while bringing new sounds to the table.