Jukio Kallio (formerly Kozilek), a Finnish Tech House producer, has worked together with indie developer Vlambeer on a few of their relentlessly mad games now. Wasteland Kings, Luftrausers and, boasting the rowdiest time in the wastelands, Nuclear Throne. So many similar games have come and gone since 2014, but Nuclear Throne stands a firm fan favourite in large part due to its feel. Explosions and recoil rock the screen, weapons are thunderous, pacing is slick and addictive, and death is frequent and deserved. And the soundtrack is well worth revisiting too…

Straight from the splashscreen, a Country and Blues inflected guitar riff calls to gunslingers of the old west, the motif of the game, crashing to crescendo for the character select. “Legend of the Throne” is instantly memorable, with its haunting harmonica calling on those classic Ennio Morricone ‘Once Upon A Time in America’ lines. The tumbling percussion and rolling bass kicks drive forward through the rousing introduction.

Through the score, Kozilek taps into veins of Blues, Country, Breaks, and Hiphop, mined expertly to accompany trashing the wastelands. A couple of levels have alternative music playing once in a while to break the loops. for example “Secret Entrance”. The pace change is decisively slower, sparser and welcome, ushering in serene zen level focus. Campfire melodies echoing through the high plains, calling on that melancholy self destructive warmth of classic railroad Blues, straight from Heartworn Highways.

Other tracks, like “What’s That Smell” (featuring Eirik Suhrke) for the secret Pizza Sewers level, bow down to chiptune royalty. It’s given away by the four turtles and a rat present in the level, but the perky chiptune melody calls you straight back to the classic NES release of TNMT. Another bonus track, “Where the Guns At” (featuring Joonas Turner), recalls another Vlambeer creation Gun Godz and its titular character Yung Venuz.

Despite me being able to cruise into the top 50 on a Daily Challenge and have looped twice with every character, I still did not recognise the rumbling percussive drone rock jam on the Bandcamp release. I prefer to think  “So Green” is a bonus track, rather than a level I haven’t reached. Another excellent diversion from the main route of the album. This is not to say the soundtrack is perfect though. The boss transition and themes are cliché and oddly bland. An easy trap to fall into when celebrating such retro gameplay.

A ‘Rogue Lite’ style game lives and dies on its ability to bring the player back time and time again into its warm fuzzy loops of action. This is especially true for those of Nuclear Throne’s ilk and such a finely tuned game requires a soundtrack full of character and longevity. Kozilek delivers. As a whole, the soundtrack is full of the right nostalgic nods and brash, no nonsense scene setting. Memorable tracks and great collaborations make the OST just as addictive as the game. The soundtrack can be picked up through Bandcamp, complete with a bunch of unused and sketch tracks, and was also made available as a CD through the IndieBox edition of the game.

Pete Thomas Been into games since the Atari 2600 days and soundtracks since the NES days. I've been involved with the music industry as record label owner, producer and performer. I'm a massive soundtrack nerd, with anything dance, wild west, experimental or incorporating airhorns and gunshots being my jams. 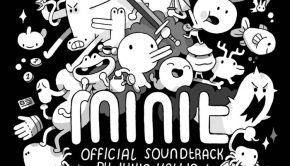