Life is short. So is Minit. You play Minit for sixty seconds, then you die. Rinse and repeat.

Anyone interested could play a few a rounds in the time it would otherwise take them to, say, read a review – like this one. Read on, though, to get a sense for how Jukio Kallio’s concise score for an even more concise game holds up as a standalone listening experience.

Minit kicks off with a “Cursed Sword” chiptune fanfare to set the tone, but the album begins in earnest with “Minit’s Awakening.” Fuzzy synth harmonies slowly emerge from a soundscape of seagulls and ocean waves, until the track blossoms into a bubbly electronic anthem driven by lightweight drumming.

That pattern of electronics emerging from natural ambience recurs a few times throughout the album, lending the soundtrack a surprising tactility given its chiptune orientation. Once the sound of the wind in “Sabasaba Desert” dies down, what follows is a determined romp led by an airy, percussive lead set against artificial acoustic guitar and brass. “Alarming Swamp” lingers in a bed of bug noises and bird calls, and then livens up the evening image with feisty ostinatos and a much more convincing acoustic guitar sound. “Resort Island” drops the synthwork with a spacious guitar solo dripping with reverb; but once the rumbling “New Home” fanfare has passed, “Sword Factory” sees Jukio’s knack for dense synth layering return, with puffs of white noise interspersed throughout the track to preserve the industrial aesthetic.

As it turns out, “Sword Factory” also does much of the heavy lifting on the album in terms of delivering the narrative. Caught somewhere between anxiety and resolve on the emotional spectrum, the track serves as a buildup to the climactic arpeggios and soaring Muppet-esque soprano vocals – yes, this album can be as surreal as its cover image – of “Sharp Business.” Then “Sharp Business” concludes with a snippet of broken glass and a reversal of the “Cursed Sword” fanfare. That moment signals an abrupt end to the album’s main course. There’s still the pitter-pattering credit track “Flushed” and the soft, hypnotic tones of “Scabbard” to follow, but once they’ve run their course…that’s pretty much it in terms of substantial content.

MINIT OST is a short listen, clocking in at a little more than a half hour, and listeners may be left wanting more sweet melodies and lush electronic textures than the album can offer. Extending the experience is a suite of “Jukebox” tracks, SNES-style homages to genres ranging from rock to classical, from jazz to trance – and then to whatever the absurdist “The Best Song” is supposed to be. These offerings are as fun as they are bite-sized, though they don’t offer much in the way of closure.

MINIT OST is a compact soundtrack – so tiny, in fact, that its broader narrative winds up feeling a few beats short. Yet each individual track packs polish and a cutesy retro aesthetic, and a few even supply a surprising touch of natural sound, making for a solid album of hybrid chiptune music. That, coupled with the album’s minuscule proportions, just might make it the most millennial game soundtrack released in 2018 thus far.

Life is short. So is MINIT OST. Give it a listen and you won’t regret it. 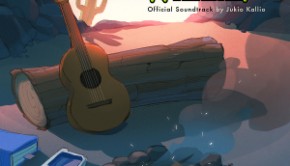