Two years ago, when I received the design documentation for Ninja Blade, I thought, “How do I express the concept of Japan, as viewed by the rest of the world, with sound?” In Japan, ninjas are regarded as figures that lurk in the shadows, but the rest of the world sees ninjas as something like martial arts heroes. Finding the common ground between these two views was the major theme of this project.

At GEM Impact, we have three composers — Takahiro Izutani, Yoshitaka Suzuki, and Takahide Ayuzawa — but up until now, I don’t think they’ve ever combined forces in quite the way they did on this project. Creating everything from the main theme to the various sound assets and musical phrases involved close team communication, while using everyone’s unique styles as weapons in a battle to bring out the best in each other. The team constantly strived to create “sounds that resonate around the world,” without compromising quality or getting away from the core concept. Because of this, it was a pretty tense project. The Ninja Blade soundtrack is the result of us putting everything we had into a project. I really hope this music is something that will leave a lasting impression in the hearts of players around the world.

For this project, I asked for music composition to start before the game was even running. When it came to the actual work, they didn’t just follow the design doc, but they considered the concepts behind the design, and thought really hard about what kind of sounds (I’m not just talking about songs) would fit this game. And the music they delivered was so good that it had a big influence on our development staff, and instead of having the music fit the game, in a certain respect we tailored the game to fit the music. This method of having the game development and music composition influence each other along the way has been a very rewarding experience for me. 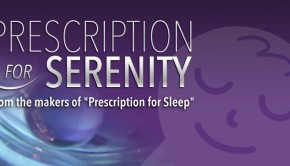