The Armed Blue Gunvolt Soundtrack accompanies the recent Nintendo 3DS game by the creator of Megaman, Azure Striker Gunvolt. It features music from the Inti Creates’ in-house sound team, III, with most music created by Ippo Yamada and Ryo Kawakami. How does the soundtrack compare to some of their more electronically driven soundtracks, like those in the Megaman Zero series?

The album opens up with a lot of story related music, much of it filler, and music that isn’t that engaging on the other hand. It’s a problem that plagues a lot of the soundtrack. Tracks like “The Ordinary Days of a Knight” and “Released Thunder” focus on repetition and outlive their welcome quite fast. Fortunately, the filler tracks aren’t too length. Some of the story related music, like “A Girl’s Prayer,” is quite enjoyable. The aforementioned track has a sense of warmth to it, thanks to the softness of the synth, and the melody is quite enjoyable as well. In addition to these filler tracks, there is also game versions of the vocal tunes that play at certain parts during the game. These tracks are electronic in nature and there are amount of them, so mileage may vary depending on your thoughts on Japanese vocals.

The majority of the substantial tracks on the soundtrack are related to the stage themes and battle themes and each comes with varying success. “The Awaiting Abyss” exudes great atmosphere with a wonderful melody and a mysterious tone. Another mysterious tune, “Magnetic Field of Greed,” features a wonderful combination of synth and piano that creates a nice listening experience. “Authority of the Heavenly Shrine” is more invigorating and energetic in its execution, but doesn’t feature the strongest melody either. “Prison of Raging Flames” has a bit of a rock flavor mixed with its electronic focus to give a bit of an industrial sound. The melody, however, is kind of an afterthought and, when present, suffers from being a bit repetitive.

“Whereabouts of the Revolving Souls” has an atmospheric, almost reverant sound. It’s certainly one of the more interesting tunes that focus more on mood rather than melody. “Flower Garden of Poisonous Bugs” is a bit more upbeat, with its intricate rhythm, and the combination of this mixed with the sinister, yet playful, synth makes for one of the best themes on the album. “Confusing City without Night” has a bit of an espionage sound to it with its slight ominous tone. It’s another tune that is a serviceable listen, but doesn’t really stand out either. “The Bridge Floating in the Heavens” is another great tune and features a dark and ominous electronic tone. “Running Lightning” is one of my favorite tunes on the entire soundtrack. It is an upbeat electronic track with a fantastic and fun melody and has a nice heroic sound to it.

The other tunes, presumably battle themes, also come with mixed success. “Weapons of the Seven Treasures” reminds me a lot of the Megaman X series. There isn’t a strong focus on melody but rather atmosphere. It creates a tense mood, but is highly repetitive. “Destruction Judgment” is also tense in sound and features a more melodic sound, but overall, it doesn’t really standout either. “Phosphorescent Dance” is a high energy tune with some great moments of tension and one of the better battle themes on the album. “Final Judgment” is dark and sinister, but doesn’t really engage while “Thunder Collision” gives off this sinister nature as well, but is much more upbeat and engaging. The ending theme is also worth mentioning as well. It is an extremely beautiful piece that gives off a nice sense of peace and closure.

The overall sound of the soundtrack reminds me a lot of III’s work in the Megaman Zero series, with its electronic tones. However, there is a lot of filler on the soundtrack. On the whole, it is a serviceable soundtrack, but one that doesn’t really stand out. There are some great tunes on there, but they don’t outweigh the average or below average tracks. This one is recommended for fans that have heard the music in-game and want to add it to their collection. 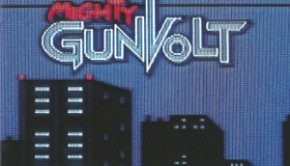