Guacamelee! is a critically acclaimed action-platformer, revolving around around the luchador Juan Aguacate and his journeys through the worlds of the dead and the living. The soundtrack crafted by Rom Di Prisco and Peter Chapman draws from the Mexican setting, mixing mariachi elements with electronic elements together in a unique and wonderfully fitting accompanying score. There is plenty of personality to be found in the soundtrack, and while each track isn’t necessarily memorable on its own, it all comes together in an engaging an exciting body of music.

The album is largely made up of stage tracks, and they generally have a good energy with a strong mix of various elements. “Pueblucho” is a light track that feels a bit like a Latin beach theme with its soft acoustic instruments, while “Boss Theme” is upbeat and leaning on the dance side of things with heavier use of synths and chiptune elements. “Santa Luchita” takes things to a fun mariachi party realm, and “Temple of Rain” is much more exotic and tropical, including some glitchy electronic elements that make the track really interesting. It can be harder to differentiate the tracks as the soundtrack goes on, mainly because the soundtrack doesn’t utilize strong lyrical melodies. That is not to say that the soundtrack is merely atmospheric or insubstantial, but rather that it instead focuses on shorter phrases that fill out the track but that don’t necessarily worm into your head. Although the individual tracks aren’t as memorable, as a whole they come together into a thoroughly enjoyable package thanks to their infectious rhythms and personality.

Each stage track also comes with a “World of the Dead” version, which play when Juan switches to the ghostly realm. Each track lines up with its original, but they are reductions of the original tracks, giving them ghostly or creepy atmospheres while retaining a number of the foreground elements. At times this comes off as dreamy as in “Pueblucho”, during which the main trumpets can still be heard distantly. At other times the atmosphere is more mysterious as with the newly seductive “Santa Luchita” or the ominous “Caverna del Pollo”. It’s quite interesting to see how Di Prisco manipulates each track, contrasting the brighter mariachi elements with the darker atmospheric ones. The dark tones never quite overtake the material, and even in this world there is a lot of fun to be had. Each track is a unique complement to the original, and although it might sometimes feel a bit redundant during a play-through of the album, the arrangements round out the album rather well.

The remaining non-stage tracks are all similar in style. “Main Menu” is a rousing opening to the album, sporting an excellent but short composition that leans a bit more on the classically epic side than other things. Most of the incidental tracks like “Juan Mask” and the “Ending Themes” are a bit too short to really make an impression, and the two “Credits” tracks are identical up until their ending. More notable are “Back Story” with its filter giving the track a fittingly charming vintage feel to it, and “Leaderboards” which is a bit faster paced than most other tracks and also more positive-sounding. For the most part it is more of the same as far as the album goes, but its all still fun.

The album also comes four bonus tracks by Di Prisco. “Boss Theme (Chiptune Remix)” is fairly straightforward for the most part, but Di Prisco is an expert of electronic music, so he doesn’t relegate it to a simple demake. Although the structure of the track is mostly the same, it stands on its own, with Di Prisco allowing it to become intriguingly messy and even more dissonant and times. “Forest Passage” is an unused track that has a more simple and pleasant tone to it than the other stage themes. “Leaderboards” gets an extension by way of an intriguing and playful little interlude and outro which I quite like, being a little off-kilter and adding another dimension to the track. “Deserto Caliente (Remix)” is more in line with Di Prisco’s earlier work, featuring heavier electronic elements than the rest of the soundtrack. It isn’t all too different from the original, but it is a fine addition. These tracks don’t make or break the soundtrack as a whole, but they are nice additions that fit in just fine.

Guacamelee! is a great modern Mexican-themed soundtrack, deftly mixing together various elements into an enjoyable, toe-tapping package. Rom Di Prisco and Peter Chapman present great stage themes that are fun to listen to, and although you might not end up humming many of the tracks you’ll certainly have a great time listening to them. The alternate “World of the Dead” additions are also good to have, offering varied takes and allowing the duo to insert in some very different atmospheres, while still keeping with the spirit of the soundtrack. It might be too much of a good thing at times, but overall it’s a soundtrack that’s well-made and easy to return to from time to time whenever you want to be pumped-up in style. Giveaway of Guacamelee! and Cryptidalia Remixes → 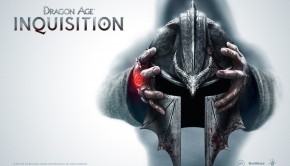