Revered composer Michael McCann returns to the universe of Square Enix’s Deus Ex five years after his original work for Deus Ex: Human Revolution. In the interim, McCann enlisted the talents of composers  Sascha Dikiciyan, aka “Sonic Mayhem”, and Ed Harrison for work that culminated in the LP for Deus Ex: Mankind Divided in 2016. The completed album contains over two dozen songs. Deus Ex: Mankind Divided furthers the exploits of protagonist Adam Jensen as he continues to unfurl the mess of intricate webs left behind by powerful secret societies and figures largely obscured from view.

Deus Ex: Human Revolution was a record that was everything people suggested that it was, everything you read about it, and everything that the industry crowned it for being: a highlight among musical accompaniments in gaming history. Composer Michael McCann would have been within his rights to understandably walk away from the prospect of yet again creating for the franchise. Not only was Human Revolution‘s LP this tirelessly celebrated champion, it was also most certainly just as emotionally draining and mentally taxing on McCann to compose. So to those familiar with Human Revolution, you’d be right to question McCann’s motives for continuing to tinker within the Deus Ex universe, as Human Revolution seemingly contained all of McCann’s definitive works; it felt final.  Still, 5 years later, McCann chose to return, because it seems, (which is obvious from the outset), where Human Revolution was merely a cursory stage to lasting treatment, Mankind Divided is indeed the full measure.

What is both so surprising and arresting about Mankind Divided is just how much Human Revolution left unsaid. Mankind Divided proves that Human Revolution was part of a much larger, much more virulent mass not easily excised. If by the sheer bulk of the album, you’re somehow concerned that McCann or Mankind Divided has been dulled or diluted in the concentration, perhaps leaning on some wobbling support beam, you’d be mistaken. McCann delivers several of this lore’s very best works. ” Embrace What You’ve Become Trailer”  “The Machine God” and “Sewers” in particular are three of the most evocative and deliberative of McCann’s time in the company of Adam Jensen. McCann’s enigmatic pieces and their dualistic aims remain difficult to disseminate or construe or deduce finite meaning from multiple listens. It is this specific toolset that has made McCann’s residence so compelling and so singularly compulsory. It is why Mankind Divided’s soundtrack thrives and why Human Revolution was lauded through the ceiling: the shapeless ambiguity of the world of Deus Ex was and is largely constructed by McCann’s sound design and his sound design alone. His contribution is that important.

Wisely, however, McCann also realizes that the scope of his undertaking and the weight of his burden, at least some of it, is best left to be probed by someone from outside the relationship he’s already established with the series. That multiplicity is what truly sets Mankind Divided apart from Human Revolution. McCann has set both tone and pace, but the abundance of difficult issues he’s chosen to address with Mankind Divided require angles that remove his own biases. Composers Sascha Dikiciyan and Ed Harrison are no small part of this album, nor should their influence be overlooked. McCann has already set definitive, progressive benchmarks for the sound of cyberpunk, and it’s certainly the lead here, but Dikiciayan and Harrison seem to effortlessly match McCann’s own fixation and his laboriously Byzantine attention to even the most banal of grained detail. One of McCann’s greatest compositions, “The Mole” from Human Revolution, demonstrated this focus with McCann intent on weighing a string of 7 notes like droplets of mist: drawing back as the bubble become too large, but making sure to accentuate the escape of air as the molecule changed trajectory. Anyone else might have shrugged off nuances such as this, but certainly not McCann. So, it was with absolutely no surprise that both Dikiciyan and Harrison showcased these very same capabilities at the very same levels of precision as McCann.

Dikiciyan’s opening of Disc 1, “Main Menu Theme,” wafts its conflicted grays in limbo. It’s more than some cogent dirge. It’s poignant, an affecting elegy that spares verbal explanation. It just ruminates. That is the heart of the Deus Ex universe and with “Main Menu Theme” as his springboard, Dikiciyan nails his marked descent for each and every post along his journey. “Safehouse”, “Distorted Reality”,” G.A.R.M.”, “Dr. Koller”, “Battle For the Future”, and “101 Trailer” cradle the narrative backdrop with assailable, tactile melancholy. Dikiciyan’s process of drawing out and greatly furthering the bend of McCann’s prophecies is fascinating, and he is now a fundamental player in any furthering of this world, as his mark on Mankind Divided is so bold that it’s almost as if he had been within the margins this entire time. I’d be doing you a disservice if I didn’t specifically call-out “101 Trailer”, as it is this score’s “Icarus” and is every bit its forerunner’s deft inflection and presence.

Composer Ed Harrison completes Mankind Divided‘s draft, as his work shifts translucent ambiance to rising non-sequential fallout. Harrison’s touch demands praise as his foil maintains the attachment of the self to action whereby hard shaken consequences are the main interplay of thoughtless encounters. No matter the flash or discord, each choice is made personal and made to answer for, much like McCann did for Human Revolution. This is the juncture whereby McCann, Dikiciyan and Harrison meet, materializing inside Harrison’s structural conduit.  “Breaching The Veil”, “Rippers” and the truly spectacular “Versalife” illustrate their collective penmanship as a trio in instinctive, natural circadian rhythm with one another.

McCann’s decision to ultimately challenge Human Revolution (a record that was, is, and will forever be one of the genre’s truly defining touchstones with Mankind Divided) is a lesson void of contractual assignment. Had McCann not been so intrinsically motivated to score Mankind Divided, the outcome would have been drastically altered. That said, McCann led Mankind Divided for nothing more than his own gut-gnawing desire for answers over any sort of unnatural duties that superiors might have  directed and beset him with. McCann’s emotive baritone is one that gives palpable weight to the stubborn specters that seem to inhabit and haunt every inch of this musical landscape. There are pieces that remain in ether, out of reach, and confusion and explanation both still bear the need for further interpretation. McCann took this as a vestige to continue the work already begun, to do so until it was completed, and until the answers produced would finally satisfy. Unequivocally, with Deus Ex: Mankind Divided, McCann, Dikiciyan, and Harrison have exceeded even the propulsive star of Human Revolution.

The change from Human Revolution‘s more expeditive bursts of talk therapy to Mankind Divided‘s much more labyrinthine and oftentimes mercurial process to answers is key to the success of this recording. The afforded running time within Mankind Divided allows McCann along with celebrated veteran composers Sascha Dikiciyan and Ed Harrison an ability wholly absent from Human Revolution‘s linear A to B: that is, the autonomy to probe at considerable and necessary length. This is in stark contrast to, and goes beyond the confines of, Human Revolution‘s quick-to-assign values generated by its even quicker to action treatment regimen. Mankind Divided‘s brilliant musical route is far less pre-determined, and offers far fewer expected outcomes and far less saturation of platitudes and mantras, however affecting they may be. You may recover, you may not, nothing is assured. It’s different for everyone.

Eugene Lopez I am a music journalist completely dedicated to the artists and composers of video game soundtracks. My dream is to one day work at Capcom. 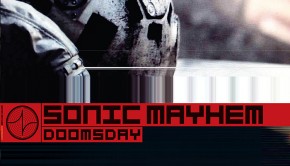