Death Stranding (Original Score) is one of two albums released simultaneously with the game, first digitally then later with releases on CD and vinyl. It amasses the incidental instrumental tracks that play throughout it, and thus excludes the many vocal themes that occasionally play in the game, which are instead collected on the Death Stranding: Timefall and Death Stranding (Songs from the Video Game) albums. The score is composed mostly by Ludvig Forssell, and largely consists of electronic elements mixed with orchestral elements, though these too are often digitally altered. It is atmospheric and cinematic, with some emphases on short repeated figures, easily capturing the futuristic post-apocalyptic setting while also managing to have a distinctive palette of sounds so as to be recognizable outside of the game.

The album begins with “Once, There Was An Explosion”, an atmospheric piece that establishes the game’s musical synth motifs and atmosphere. It’s an impactful track that blends eerie sounds with a steady dramatic buildup, though the structure of the track is suited better to accompanying its scene in the game than it is to standalone listens outside of it. But it’s an important track for establishing that character of the soundtrack, and is sure to flood fans of the game with memories. Another familiar track in this vein is “Bridges” which plays often in the game but is better experienced outside of it in order to appreciate the detail that went into crafting its delicate atmosphere. Other highlights of the score that feature the synth motifs or variations of it include the trippy “Soulless Meat Puppet” with its compound metronomic meter, and “Heartman” with its effective weaving in of a ticking clock. Some are disappointing like “Fragile”, “John”, and “Lou” which have some flashes of emotion but lack memorable or distinctive material to denote their characters. The final run of tracks are also synth-focused but are more positive in sound, being uplifting or more straightforward in their emotion. Highlights here include the contemplative “Chiralium”, the expansive “Spatial Awareness” with its build up to BB’s motif, and the varied “The Timefall”.

A handful of tracks focus on a more cinematic orchestral sound, often centring around piano and strings. “Alone We Have No Future” is an effective filmic piece with light piano, mournful strings, a bit of tension, and Jenny Plant’s lonely wordless vocal. “The Face of Our New Hope” is a very sombre piece that focuses on the main synth motif but is played mostly by strings. There are some nice moments of fluttering around the melody, as well as a complimentary synth outro. “A Final Waltz” is an emotional album standout, a piece that begins by mixing the synth theme with a mournful solo violin before evolving several times by the track’s end: there’s a warm section led by the piano, a reflective interlude, then a thick strings segment before the synth returns and the strings swell to close out. It’s a successful track that is the most substantial of the songs while also being very distinctive of the game. “Strands” is also a solid track, in addition to being the longest at over eight minutes. Jenny Plant leads the choir and orchestra, which at times takes up the main synth theme. It’s at times haunting and at others very comforting, a bit overwrought during some moments but a welcome variation in the overall soundtrack.

A good number of tracks cover the action/escape sequences of the game. Some of these are more industrial and percussive with synth backing, like the oppressive “Chiral Carcass Culling”, the forceful “Decentralized By Nature”, or the frenetic “Mules” and “Porter Syndrome”. The only two tracks not by Forssell, instead composed by Joel Corelitz, fall into this category: “Cargo High” and “Demens”, which will both likely be familiar to players of the game, use synths patterns that are more prominent and memorable, and wisely take a few breathers where other tracks remain intense throughout. Forssell’s other tracks make more use of the orchestra and choir, such as in the highly dissonant “Claws of the Dead”, or the atmospheric-then-violent “Stick vs Rope.” The track “Flower of Fingers” is a highlight in its first half when it uses the main synth theme, but its second half feels more generic and forgettable. None of these tracks has a very memorable melody and some don’t even have a very distinctive pattern, but they fittingly punctuate the game’s more intense moments, and collectively leave an impact thanks to the way they integrate the game’s core sound into the mix.

The last track I want to discuss is “BB’s Theme”, the only proper vocal theme of the album. Performed by Jenny Plant, it’s an expansion of the lullaby heard throughout the game. Wisely, Forssell avoids lullaby clichés in his composition, opting for a more sophisticated melody and harmonic structure rather than a simple hummable tune. The arrangement is not the typical acoustic or orchestral heartstrings-tugger, but instead Forssell builds up synths and even adds filters to the vocal to match the more digital sound of the setting. Even lyrically, the track subverts by opting for the mundane over the poetic: “Let that yawn out / there’s no use pretending.” The result may not be as immediate in provoking a reaction as most vocal themes are, but much like the game the song creeps up on you, especially for those who have played the game. It’s a fitting track, and I only wish it had served as more of a motif for the rest of the score. I would also have settled for a full version by Mads Mikkelsen. But alas.

Death Stranding (Original Score) is a serviceable score that works better in the game than it does outside of it. The combination of orchestra and synths makes for a distinctive sound, but the score lacks memorable melodies, aside from a few recurring synth motifs and the excellent “BB’s Theme”; the remainder of the album is cinematic atmosphere, which will please some and disappoint others. The tracks often grow and change as they progress, but this means that the more substantial bits are sometimes hidden behind filler. Fans of the game will appreciate a dive back into the soundscape of the game, but for most it will suffice to pick out a few key tracks that can adequately summarize the experience. 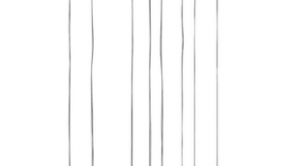 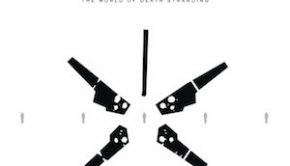