I wasn’t sure what to expect going into this concert.  With 47 minutes of music all of which is slow and atmospheric I thought to myself, how are The Chinese Room and Jessica Curry going to translate that into a successful concert at the Barbican?  When I arrived I realised it was not at the Barbican centre itself like I originally thought, it was at the nearby Milton Court Concert hall.  Milton Court is a new extension to the Guildhall School of Music and Drama, where I did my undergraduate degree.  Unfortunately for me it was finished soon after I graduated so I just missed out on it, but thanks to this concert I finally got to check it out.  It was weird being back at the Guildhall after a few years but it was for a good reason, and Milton Court is a great addition to the college.

Before the concert began I got to meet Jessica Curry and have a brief chat, and honestly she is such a nice person, very humble and approachable and she clearly appreciates her fans, friends and their support, I felt right at home talking to her and getting a selfie with her.  She’s great.

When it was time for the concert to begin I got to have a look at the setup before the show began.  The setup consisted of a string quartet, piano, female singer, narrator and electronics.  As soon as the performance began I realised why this was going to work and the thinking behind it.  Dan from The Chinese room was playing the game from start to finish which was projected on a big screen while the script was narrated by actor Oliver Dimsdale, who is the voice of Stephen in Everybody’s Gone to the Rapture, and the music was played by the lineup of musicians.  It was played straight through from start to finish with no interval to get the full impact.

Everything worked together beautifully.  The narration was powerful, profound and well timed, the music was great live and together with the game on the big screen it combined to make a really amazing atmosphere and a unique performance.  Normally when video game music concerts use big screens they’re used to get the audience hyped, not so here, it’s the best use of a screen that I’ve seen so far in a game music concert.  The music sounded great live, all the instruments were well balanced and the performers, just like the narrator, brought an emotional weight to the music that cannot be captured in a recording, and this was surprising from a string quartet, which I believe can be very difficult to write for and create that kind of atmosphere.  The electronic elements were introduced towards the end of the performance and they added rather than distracted.

By the end people were visibly moved by the performance, and everyone on stage received a very warm applause, including Jessica Curry who walked up on stage to receive her applause.  This was a very unique performance that was very well received by all, including those that are very familiar with the game, and those that had never even heard or played the game before.

After the performance had finished I overheard a few reactions and got to talk to Jessica and Dan from The Chinese Room.  The game was not presented in it’s entirety and this was for the best.  An hour and a half is a long time to concentrate even if you’re enjoying what you’re doing, if they had presented the full game it would’ve been too long and would have lost it’s impact, it was the perfect length in my opinion.  I then got a chance to talk to Dan and he talked about how surprisingly hard it was to get the movements in the game exactly right, panning the camera slowly and methodically so that it works with the music and narration.

This concert was very successful, small scale, great atmosphere and well thought through and performed.  In a way it’s the ultimate way to experience Dear Esther, there are aspects of that performance that cannot be captured via the soundtrack or even playing the game itself.  I thoroughly enjoyed it, and I know that The Chinese Room want to do a similar concert for Everybody’s Gone to the Rapture.  They need to negotiate that with Sony first but I hope they can get it off the ground, as this was a fantastic concert.  Well done to all involved. 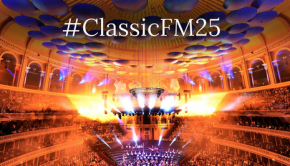