The Witcher 3: Wild Hunt came with a score from composers Mikolai Stroinski and Marcin Przybylowicz, along with vocal and instrumental contributions from the Polish folk band Percival. I had first heard Stroinski’s work on The Vanishing of Ethan Carter last year, which I had thoroughly enjoyed, and was curious to see what he would come up with for this vastly different Eastern European medieval fantasy RPG. Przybylowicz, who composed additional music in The Witcher 2 and worked as a sound designer on Ethan Carter, took the role of co-composer and music director in The Witcher 3. A soundtrack was made available in digital form for those who ordered the game through CD Projekt’s GOG.com and physical form for those who purchased the standard or collector’s edition of the game, the latter having four fewer tracks. Mikolai Stroinski has announced that an extended edition is in preparation for digital distribution through services such as iTunes.

In its opening track “The Trail,” Witcher quickly establishes a mood for itself through Polish folk vocals, plucked strings, and heavy percussion. It’s an intriguing mix between strictly organized rhythm and wild, gutteral vocals. The second track, “Geralt of Rivia,” contrasts the rough sounds of the first track with warm, smooth strings of all octaves and introduces a more traditionally heroic theme, which permeates the rest of the album. The opening tracks are strong, but hardly encompass the range of styles incorporated into the score.

Within that fantastic range, the sound of “Aen Seidhe” is my favorite.  “Aen Seidhe” takes the vocals from the opening track and pacifies them, and then strings from “Geralt” and gives them a simultaneously tamer and more ominous vibe. The piece is calm, but not quite peaceful. The instruments continue almost lazily across their various melodic and rhythmic lines; once the vocal comes in, it repeats in a kind of echoed effect across several layers of the piece with only minor variations — quick grace notes and mordents — until the very end, when a flute picks up a sort of response melody that ends all too soon. Luckily, the same sound is repeated in “Hunter’s Path,” which, although slightly less hypnotizing, is equally eerie and unsettling. The melody alternates between one low solo string and higher soli notes — and in fact, at many points throughout the piece, the boundary between melody, counter-melody, and harmony is extremely blurry.

Several battle themes add a wonderful layer of dramatic spice to the score; “Commanding the Fury” has a powerful downbeat at the beginning of each phrase (occasionally by a harsh choral shout), and incorporates a gorgeous Eastern European scale as a major element in the melody.  My favorite part is the end of the piece, which has one of the oddest call-and-response moments between rough, low strings playing static notes and random demi-melodies in the upper strings, and the occasional returning male choral shout.  “Blood on the Cobblestones” has more emphasis on the powerful downbeats in each measure, and while it does have a prominent melody, there are also several eighth and sixteenth note plucked string lines constantly accompanying the resolute rhythm.

“Witch Hunters” opens immediately with an ominous melody which I completely enjoyed. The melody is repeated a few times with augmenting degrees of drama through use of heavy, dark chorals and sharp, agitato strings to break up the would-be monotony of the dark track. Stroinski makes beautiful use of chorals throughout the more malevolent pieces. “Welcome, Imlerith” opens with a decisive march speckled with dotted notes and triplets. Almost exactly halfway through, a mostly oriented choir takes over with an unquestionably menacing melody and the piece becomes a towering representation of an in-game antagonist. Even milder tracks had similar effects; “City of Intrigues” is fast-paced but less driving, the dynamic is taken down just enough to keep the energy of the piece more controlled.  Like “Cobblestones,” the piece is constantly moving, and Stroinski continues to utilize his technique of accenting specific beats in lengthy series of moving notes to keep the piece measured. At the very end, the tiniest hint of accordion flashes through the strings, giving the piece a bright and unexpected flash of color, before the piece abruptly cuts off.

“Spikeroog” introduces a more peaceful sound to the score, using various woodwinds as the pacifying element in the score. Strings serve as a sort of base sound while the flutes enter and leave, as if they have their own agenda during the more constantly paced pizzicatos and gently detached arco notes. Like in “Aen Seidhe,” a new section seems to be starting with just a few seconds left in the piece, but the music ends too quickly to pin it down, and the piece fades away. Those moments that seem to be a favorite of Stroinski’s are frustrating in the best way possible — at the end of both pieces, after every time I listen to them, I am torn between finding some worthy followup track or simply going back and repeating the piece. The shorter track lengths of this album are truly a shame, only because I want to hear more of the fantastic area music in Witcher. “Kaer Morhen” takes a similar approach to “Spikeroog,” but changes up the instrumentation slightly. A rippling, moving acoustic guitar maintains the pace of the piece underneath a piercing piccolo, which enters sporadically, playing a very homey melody and giving the album another peaceful element in the midst of the unrest in so many other tracks.

Percival, a Polish band dedicated to writing and performing songs of a traditional Slavic nature, contributed several tracks to the score. The ones in the album’s special edition are instrumental, like “Cloak and Dagger,” which is much lighter and more dance-like than many of the battle and character themes in the game. “The Nightingale” also takes an instrumental approach, and is more stilted and choppy in rhythm, although the final effect isn’t unpleasant, just very measured.  “Silver for Monsters” brings Przybylowicz in as well to create a fantastically wild sound — the androgynous vocals are all belting chest voices regardless of range, and  teams up with the strings to create a powerful, unified sound.

“The Eyes of the Wolf” takes a similar sound, this one written by Stroinski, but this time applies the vocals to a backdrop more similar to “Commanding the Fury” than any of the other Percival tracks. The vocal line is half-spoken and half-sung, and responds to alternating string melody lines. Towards the end of the album, “The Song of the Sword-Dancer” brings Percival back in a more melodic vocal setting than the previous tracks – the lines are extremely distinct, and while they frequently pause for instrumental interludes between musical sentences, the melody continues to return and develop throughout the piece. The vocals are just as coarse and unapologetic, but the melody lines give the piece more of a lyrical pattern.

The more Western-oriented soundtrack pieces on the album are just as beautiful in the score as their distinctly Slavic counterparts; I get no sense of “filler” pieces on the score that are just meant to take up time or scenes of the game. “After the Storm” is one such piece, which is a string-heavy work with softly plucked harp and hammered dulcimer and a warm, scenic melody, rich in instrumentation and direction. “Farewell, Old Friend” is another piece that features a simple backdrop of clear strings, this time with the melody taking place in a solo kemenche. Often with tracks like these, I find myself impatiently waiting for them to be over so that I can return to the intrinsic thrills in tracks like “Blood on the Cobblestones,” but these pieces were so beautifully executed that instead I kept returning to them to re-listen to the lingering melodies to remember why I was so entranced in the first place.

If it’s not already clear, I loved this score. The Witcher 3 had essentially everything I look for in a soundtrack: it was wildly original and unique, it was cohesive, it used a variety of styles that tied in extremely smoothly with each other, and it was just an overall thoroughly enjoyable listen. My only complaint is a picky one — I would have loved to see some kind of “Witcher Suite” attached to the end of the score, just so I could have a more developed rendition of the themes (and musical styles) of The Witcher 3. I should also warn listeners that the soundtrack releases are only a selection of highlights from the huge score, so it’s possible that some of your favorites won’t be here and completists may be better off waiting for the extended iTunes release of the soundtrack. Short of that, this soundtrack exceeds expectations with its wonderful sound and flawless musical cooperation and collaboration between Stroinski and Przybylowicz, and I am very much looking forward to future projects from both composers. 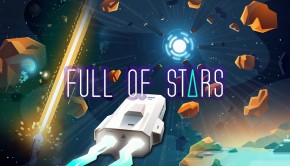 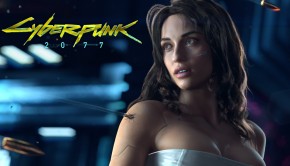 The Witcher 3 composer returns for Cyberpunk 2077 → 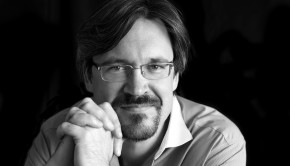 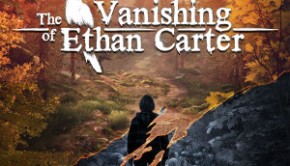