Over the years, over 3,800 album and concert reviews have been published on VGMO: Video Game Music Online and its predecessor. However, most of the historical reviews could only be browsed through hardcoded archives imported from the old site due to the magnitude of the task of converting such a huge number of articles.

Thanks to a major effort led by Simon Elchlepp, Christopher Hunyh, and myself, all reviews have now been fully converted to the site’s current format, making them readily browsable and searchable. These reviews can be conveniently browsed by name and series. This provides easily the most comprehensive compendium of video game music reviews available in any format.

Note that the album cover images of some of the converted reviews are still in the process of being updated. In addition, some track-by-track reviews from the original site were either converted to prose format or not ported over. If you notice any other errors, let us known at chris@vgmonline.net Thanks so much to Christopher and Simon for all their help achieving this.

Hiring call: VGMO is looking for new writers and reviewers → 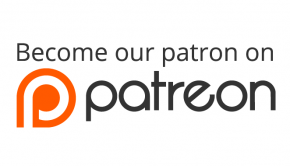