On October 1, Capcom will celebrate the tenth anniversary of its wildly successful Monster Hunter series by releasing three arranged albums. The arrangers and track listings for two of these albums have been revealed by Capcom. We have translated and summarised the information below.

In this album, composers from across the series’ history will return to arrange their own works from the series and provide fresh new perspectives on them. They include present Capcom artists Tadayoshi Makino, Miwako Chinone, Reo Uratani, and Akihiko Narita, as well as freelance artists such as Yuko Komiyama, Hideyuki Fukasawa, Masato Kouda, and Tetsuya Shibata. 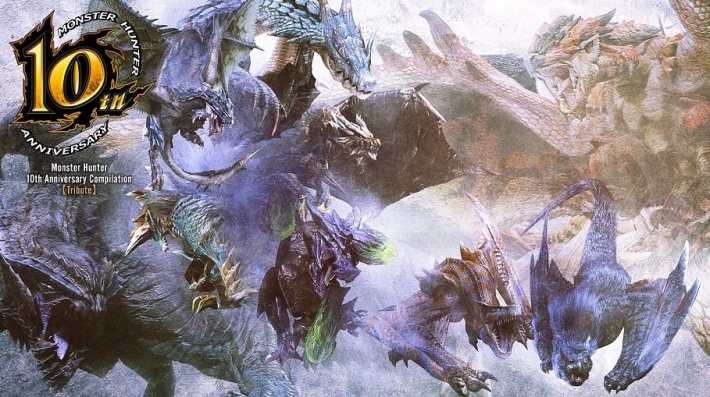 In this work, legendary composers from outside Capcom will commemorate the series’ musical influence . The album will feature veterans from the arranged album scene, for example Motoi Sakuraba, Kenji Ito, Hiroki Kikuta, and Yuzo Koshiro, along with a few surprising names such as Pokemon veterans Hirokazu Tanaka and Shota Kageyama, SEGA’s Hiroshi Kawaguchi, and Taito’s Shohei Tsuchiya. Though the album will reflect the worldly orchestral roots of the series, early samples indicate it will nevertheless span a wide range of styles.

In addition, Capcom will release a disco/funk remix album on the same day. The arrangers and track listings have yet to be announced. Look out for further details next month.