Austin Wintory (Journey, Assassin’s Creed: Syndicate) released the official soundtrack for The Banner Saga 2 on Bandcamp today. As with the game itself, the soundtrack takes listeners on an epic Viking-inspired adventure.

“The Banner Saga is one of my favorite things to have ever been part of, but despite that approaching the sequel was a huge challenge. It was the first sequel I’ve ever scored, and so reconciling old ideas with new ones proved tricky. […] As ever though, in the end, it was a joy and privilege to work on. The wonderful Stoic Studio prove to be the perfect collaborators yet again; they simultaneously push me and yet remain quite hands-off. While conducting the recording sessions I kept frequently thinking “I can’t believe they okay’d this!” 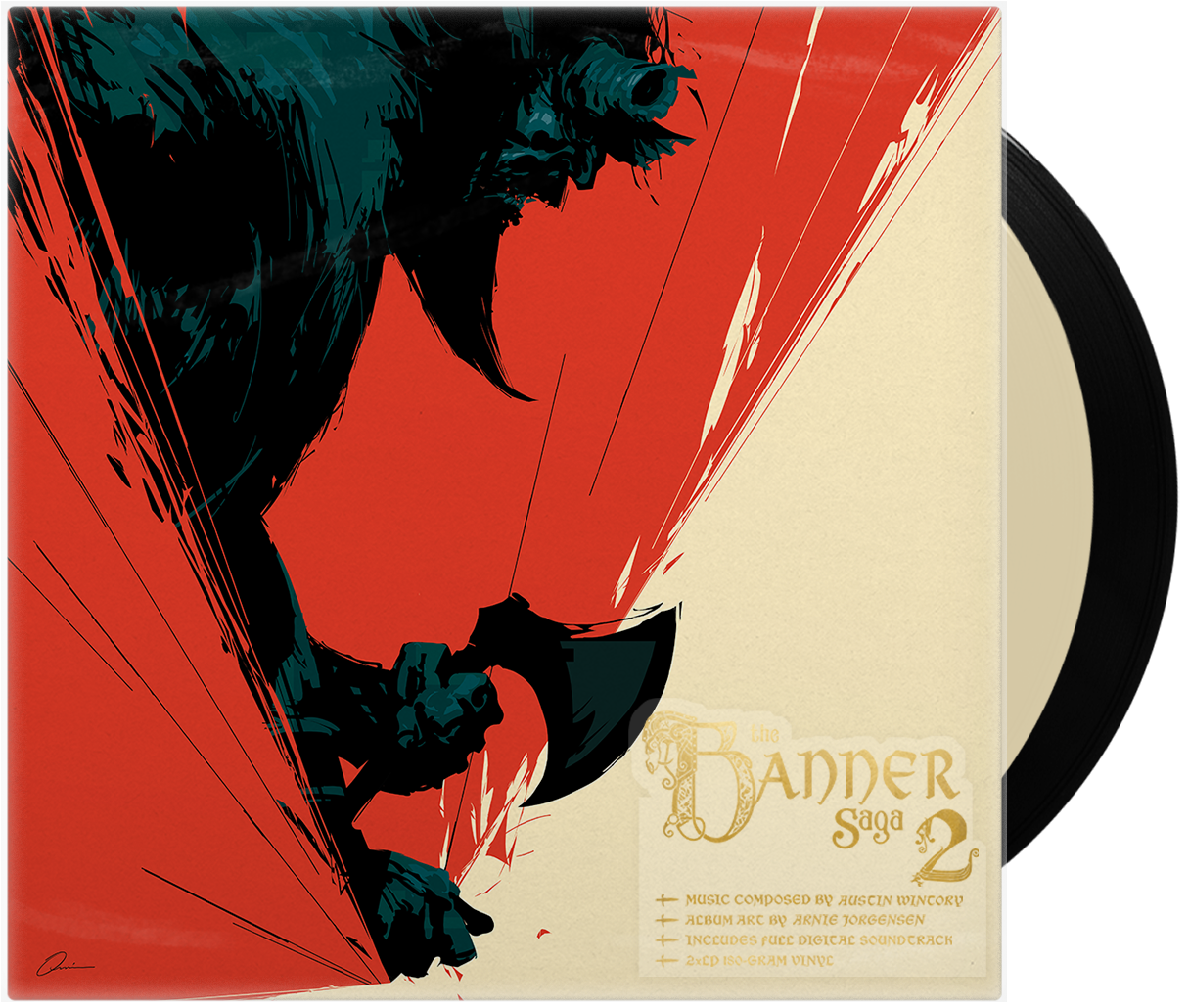 The 25-track soundtrack can be fully streamed through Wintory’s Bandcamp and be downloaded for just 6 USD. It was additionally announced today that vinyl collectors will also be able to pick up the soundtrack in a specially-illustrated 2xLP set from iam8bit. The vinyl can be pre-ordered here ahead of its Q3 2016 release date.