As we’ve seen at present, gaming is taking a very sharp shift towards mobile gaming, and more and more composers are contributing to these short, mass-consumption games. Among them is famed German game composer, Chris Huelsbeck, who recently has worked on several mobile games and has consequently released various short EPs to go along with his work. Being no stranger to science-fiction games, Huelsbeck’s music fits right in with the iOS space shooter, Subsolar. A short, 6 track EP was also produced as a collaboration between Huelsbeck and the Relation Sound Composing Team.

Subsolar’s soundscape is perfectly encapsulated within its opening track, “Subsolar Menu Theme,” an airy futuristic theme, featuring both a nice pulsating theme and a gorgeous keyboard driven melody. The theme itself wouldn’t be out of place in something like Mass Effect or some of the quieter moments within the Halo series. Although at first glance the theme seems disappointingly short, the rest of the EP can essentially be viewed as variations on the main idea surrounding “Subsolar Menu Theme.”

“Subsolar Mission” adds on a repeating drum instrumentation, giving it an overall militaristic feel, while retaining the same exciting beat, and a nice melody on synthesizers, yet again it’s a bit too short. “Subsolar Survival,” is more interesting, being a quieter, laidback theme, featuring light electric guitar playing and a return of the keyboard. It gives quite an expansive, spacey feel to Huelsbeck’s work, and works very well in conjunction with the rest of the tracks. We also have “Subsolar Victory” featuring a nice little melody that unfortunately ends way too early for it to leave any lasting impression.

The final two tracks, arranged by the Relation Sound Composing Team, are arguably the best part of Subsolar. First up is “Subsolar (RSCT Medley Remix),” a fantastic track that changes the beat to be more dance-like, while covering all the above themes in sequential order. Although the Team really doesn’t do much to arrange the songs aside from adding “Survival’s” drum pattern just about everywhere, the medley is still a great recapitulation of Subsolar as a whole. Lastly, “Under Direction,” the Relation Sound Team’s only solo composed track, incorporates a lot of the same beats and background instrumentations in the other tracks, while fusing everything with a funky bass line. However, the melody is definitely less memorable, thanks to the Team stretching it out during the song’s five minute duration. Still, it’s a great closing to this short EP.

Unfortunately, as of writing this review, it seems that Subsolar the game has been taken off of the iTunes store, but the music can still be purchased from Chris Huelsbeck’s Bandcamp page. Overall, Subsolar is a great addition to Huelsbeck’s gigantic sound library, featuring a great dance-like theme, along with expressive permutations of this style. Huelsbeck’s fans will want to pick this short EP up.

Julius Acero I recently graduated with a BA in Cinema & Media Arts from Biola University in LA, and am currently attempting to break into the film and television industries. I grew up listening to and learning from classical music and famous film scores, and absolutely fell in love with the orchestra at a young age. When I was 10, I began playing Nintendo games and became enamored with the music from Super Smash Bros., The Legend of Zelda, and the Mario series, just to name a few. Now, I continue to follow scores and composers, both eastern and western, and am continually surprised by the power and emotions behind their works. Above all, I am blessed to be part of such a creative community, and hope to further hone my own skills through this wonderful art form! 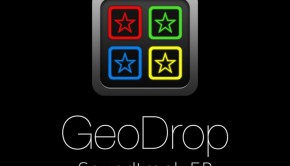