In August 2014, Karen Collins‘ BEEP: A Documentary History of Game Sound came to Kickstarter to raise money to film a documentary about the history of video game sound (music, voice, and sound design). Having secured funding, they travelled three continents to interview professionals in all aspects of game audio. Over the course of a year, the project managed to interview over 100 game audio professionals in person about what they do and why. In doing so, they documented the history of video game sound from the earliest days of arcades and pinball through to the major console, PC, mobile, online and indie titles of today, covering a diverse range of people involved in the industry. These interviews are going to be presented through three formats: a feature-length documentary film, a series of webisodes, and a two-volume book. 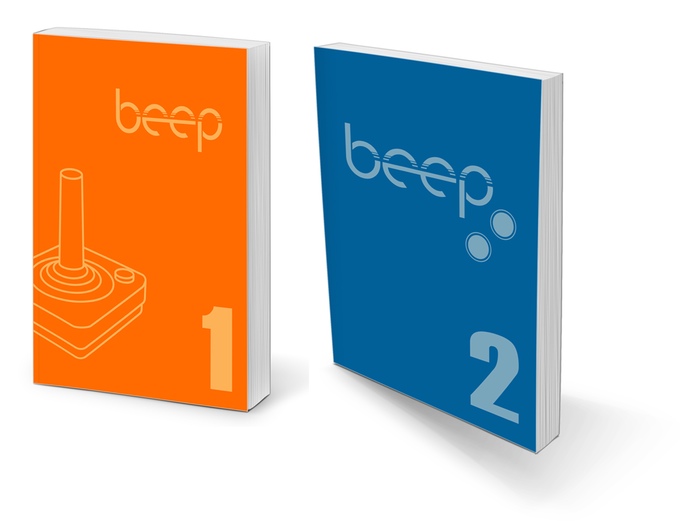 The Beep Book presents these interviews with 100 game audio professionals in an exclusive two-volume collector’s set. These interviews provide a more indepth perspective on game audio sound than most journalistic interviews and include a full range of individuals: the composers, sound designers, voice actors and directors, the software and hardware developers, audio directors, and chip musicians. Of course, plenty of legends such as Nobuo Uematsu, Chris Huelsbeck, Yoko Shimomura, Alexander Brandon, Hisayoshi Ogura, and George Sanger are featured along the way. All interviews have been carefully edited to provide a fascinating read and have been professionally laid out as can be seen by the sample chapter with Forza Motorsport director Nick Wiswell. Many of these interviews were coordinated and conducted in collaboration with VGMO.

If you didn’t back the original Kickstarter, it is possible to secure your copy of the books through a newly-launched campaign. Those who pledge 35+ USD will receive digital copies of both book volumes as well as the film. Those who pledge 110+ USD will receive hard copies of both volumes of the book. These books are estimated to ship in April 2016. The film will also be released in the timeframe. A 22-minute featurette from the film, “BEEP: Big in Japan”, was recently premiered at Game Music Connect and can be viewed in full above. This gives a taste of what to expect from the final product.