The record label arm of the company has already distributed several digital and physical releases, including the soundtracks for indie titles Dragon Fantasy Book II and Saturday Morning RPG, as well as a soundtrack and arranged album for Korean MMORPG Monarch: Heroes of a New Age. In his own words, Napolitano aims to “release game music that’s  not currently available to fans but needs to be heard, as well as producing arrangement albums featuring artists from around the globe.”

In his latest release, Napolitano has released the soundtrack  for Silent Horror, a 2005 film paying tribute to popular silent horror videogames produced by X-Strike Studios. Dale North’s music captures the essence of survival horror with its dark atmospheres and gritty trip-hop styles. In addition to the 19 track original score, the release features a remix from The OneUps’ Mustin. 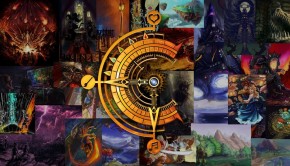