With its weapons-based combat and period Japanese setting, SNK’s Samurai Shodown (known in Japan as Samurai Spirits) emerged as one of the more innovative fighting games in a decade filled with clones. The musical score was one of the components that set the scene for the game — lead composer Yasuo Yamate (aka Tate-Norio) famously rejected the conventions of fighting music in favour of traditional Japanese stylings. While an innovative experiment, the score’s music isn’t so impressive on a stand-alone level.

The most impressive aspect of Samurai Shodown‘s music is the way it captures the tone of feudal Japan. On most tracks, Yasuo Yamate rejects Western instrumentation and theory in favour of an authentic traditional approach. For instance, the title and character select themes focus entirely on a Japanese palette: shakuhachi, shamisen, taiko drums, and war chants. It’s clear that the composer carefully studied traditional Japanese music while creating the score, since the tonalities and rhythms are quite authentic. What’s more, he makes the most of the Neo Geo’s relatively advanced sound driver to imitate the distinctive tones of the instruments, although he only partly succeeds in conveying their emotive quality. The end result are two dark, moody, albeit barren scene-setters that complement the equally ambitious visuals perfectly.

Yamate continues this approach through the character-based stage themes, which comprise the bulk of the album. For example, “Song of Men – Sun” captures the resolve and swordsmanship of the main character Hoahmaru using nothing more than shamisen and taiko; it’s particularly fitting how the track shifts from the near-silence to motion as a piercing shamisen takes the lead. Though unremarkable by today’s high standards, it was still a very bold experiment in an era dominated by hyper-melodic westernised fighting themes. Many other tracks take similar approaches — Ukyo Tachibana’s theme is a direct, more textured arrangement, while Kyoshiro Senryo’s portrayal conserves the instrumentation. All three characters are inspired by historic samurai, so such a approach certainly captures the stern, wise aura of these characters.

While such stylings work well within the game, they’re hardly appealing otherwise. The tracks were deliberately composed to be sparse, repetitive, and unmelodic, all approaches not really compatible with album presentation. When featured in close succession, it’s likely these tracks will blend in to one and end up boring — or worse, irritating — listeners. What’s more, these respectable imitations they lack the raw expressive qualities of music featuring actual traditional Japanese instruments — including the game’s arranged albums. Some additions are even more minimalistic, notably for Hanzo Hattori and Jubei Yagyu, which feature sporadic phrases from traditional instruments above ambient sound effects. They give a unique ambience to the encounters with these formidable opponents, but are too meagre for stand-alone listening and arguably even the fighting gameplay.

But as with SNK’s sister titles, Samurai Shodown does feature some more melodic themes from characters emerging from other parts of the world. The theme for Texan juggernaut Earthquake could easily have a place in the Fatal Fury series with its meaty, extravagant rock sound, while French noble Charlotte sounds suitably elegant but imposing with a rich contrapuntal composition. Other additions include Galford’s poppy flute-led portrayal, Wan-Fu’s grandiose pentatonic theme, and Tam Tam’s jungle-inspired stylings. In an interesting parallel, “Banquest of Nature” for Ainu girl Nakoruru restores the focus on traditional Japanese instruments, but takes a much more melodic and airy approach. The final boss theme “Darkness” is an unfortunate orch hit extravaganza, though the staff roll makes up for it with a brisk, entertaining theme focused on traditional instruments. The release closes with voice and sound effects collections.

The marks reserved for Samurai Shodown‘s original score respect how effective it in the game and how influential it was for its time. However, the album isn’t particularly recommended for stand-alone listening. The period imitations that define the score are too drab and similar, while the diverse other tracks serve more as a bonus than a substantial draw. It’s better to skip this album in favour of releases with richer musical stylings and fewer technological restrictions, notably Samurai Shodown‘s arranged album and the original scores for the series’ sequels. 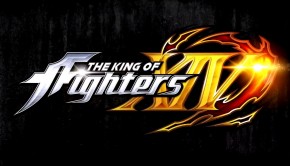 Three-disc soundtrack coming for The King of Fighters XIV → 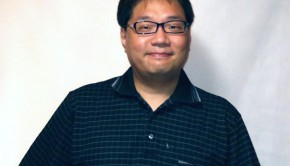 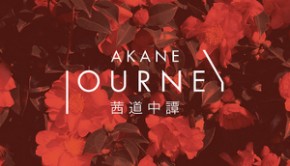