The witch is back! On October 24, Bayonetta 2 will be internationally released for the Wii U. Masami Ueda, a veteran music director at PlatinumGames, served as the lead composer of the game and will offer his most adaptive and expansive soundtrack yet.  In addition to working on the original Bayonetta, Ueda has served as the lead composer on the stellar scores for Resident Evil 2, Devil May Cry, and Okami. Bayonetta 2‘s Japanese soundtrack album will feature 183 tracks across five discs; it is one of the very largest ever created.

In this interview, Ueda gives a preview of what we can expect from Bayonetta 2‘s in-game and cinematic scores. He reflects on how he expanded upon Bayonetta‘s score in numerous ways, while still revisiting some fan favourites from the original game, and also gives insight into how he created the soundtrack release. We’re massively grateful to Ueda for responding to this interview and the publicity, translation, and development staff of PlatinumGames for all their help.

Chris: Masami Ueda, thanks for talking to us today and congratulations on the Japanese launch of Bayonetta 2. How does it feel to have wrapped up production of this huge project?

Masami Ueda: Thank you. The overseas release date is still a while away, but I hope you’ll enjoy it.

It’s been a while since I was the lead composer on a project, and Bayonetta 2 was a lot more work than even the first game, but I’m glad I managed to pull through somehow.

These days, I often think to myself: “Am I at my peak right now? Is it all just downhill from here?” but working on Bayonetta 2 has taught me that I’ve still got what it takes. 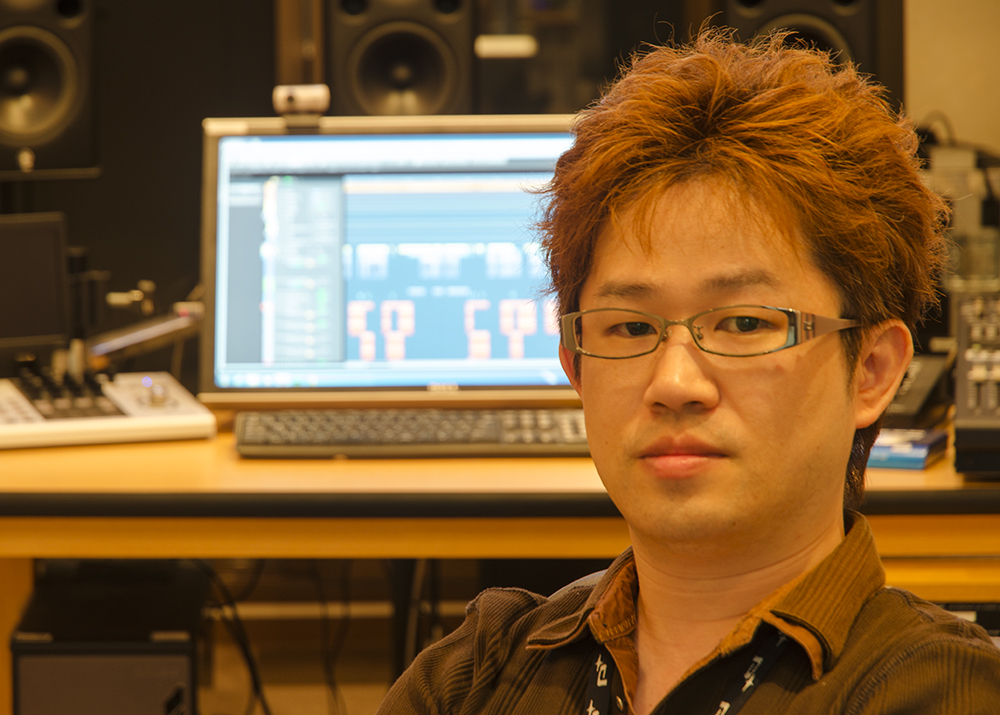 Chris: You have over 20 years of experience writing music and directing audio for franchises such as Bayonetta, Okami, Devil May Cry, and Resident Evil. Could you tell readers what principles you hold most important when developing sound and music for games? What constitutes great game music?

Masami Ueda:  Great game music is “music that was made for the game.” No matter how good your music is, if it doesn’t fit the game, it’s not great game music. At that point, you’re just talking about “a nice song.” In order for game music to be great, you also need a great game. I guess in that respect I’ve been lucky: I’ve always gotten to work on really amazing games.

There’s also something I started to notice when I was working on Devil May Cry: the mystery of the mismatch between stage BGM and battle BGM. Even though both tend to be completely different musical genres, they tend to blend into each other perfectly when you play the game.

When I compose music, I tend to avoid going for a straightforward genre (like pure rock, or pure orchestral music). To be honest, I think that if I tried to take on a very specific genre head-on, I wouldn’t be able to compete, but I think I can make some impressive songs by mixing different genres. I think that’s how music has evolved over history as well.

Chris: The Bayonetta 2 soundtrack promises to expand on the concept of the original in various ways. With the success of the original behind you, how did you approach the sequel soundtrack? Is it true we should expect an even livelier experience than the first game?

Masami Ueda: When I first started working on Bayonetta 2, I had no idea what to do. But then I saw one crazy scene after another being implemented into the game, and that solved my dilemma. I especially went all-out on the battle BGM.

Chris: In a blog post, you revealed that most of the team from the original Bayonetta returned. Could you tell us more about your co-composers on the title? What was it like to work with them and how did you divide responsibilities?

Masami Ueda: There are a few new members, but it’s largely the same team. There’s a certain sense of security to be gained from this, as each member of the team is well aware of what kind of music everyone is making. We all know each other’s strengths and weaknesses to some extent, which made our work a lot easier. I’m really glad I got to work with the same team again.

I divided composition duties in the categories of in-game, cut scenes, and boss battles, which allowed each member to give their own distinctive quality to these sections, but at the same time I think we managed to give the game a strong sense of unity as well.

Chris: The soundtrack has been integrated into the game to offer a truly immersing experience. How did you develop the gameplay tracks, for example the boss battle themes, to offer an interactive experience? How will the cinematic cues enhance the story?

Masami Ueda: The first game used looped tracks, but for this game, I made sure the music progresses along with the game.

In many cases, looped tracks end up feeling a bit subdued or a bit stagnant around the point where the track loops, so for this game, I wanted to create something a bit more advanced.

With looped tracks, you have to make sure to cram everything you wish to express into one loop, but if you allow the music to change as the game progresses, you can change the content of your expressions for each individual scene. So I tried to think about what I wanted to convey in each scene.

When it comes to cut scene BGM, it is not only possible to convey a situation through music, but you can also deliberately mislead your audience, which leaves an even bigger impression on the player. This is something that is very hard to control however, which poses its own difficulties that are very different from in-game BGM composition.

Chris: The Bayonetta soundtrack was brought together by several central themes, including “Fly Me to the Moon”, “One of a Kind”, and “Mysterious Destiny”. Will any of these themes return for the sequel? What are the new main themes and theme songs we should expect from the sequel?

Masami Ueda: In terms of themes, there is a new track based on the moon again. Hope you’ll like it! There are also some instances where I reused music from the first game, but I made sure to use them to great effect, so you’ll just have to wait for the game to experience it for yourself!

Chris: Whether Bayonetta, The Wonderful 101, or Anarchy Reigns, PlatinumGames is also known for offering exceptional production values in their music. How did you approach the implementation of Bayonetta 2’s score? Did you primarily rely on samplers or musical performances?

Masami Ueda: I relied on samplers for the majority of it. There’s only a tiny handful of musical performances. We tend to end up having to make adjustments until right before the deadline, so I chose the method that allows for the easiest corrections. Of course I’m well aware of the appeal of musical performances, but they can be very hard to edit. For instance, even if I have a track that I already completed a year ago, I’ll still fix it should the need arise. I guess you can say I prefer performance over sound quality (although of course both are important).

In case of orchestra-based music, such as the boss battle BGM, you can add realism to your music by adding some live instruments, but it also poses some difficult problems. You have to make adjustments based on how much time you think the player is going to need to complete each scene, so depending on the situation, you might have to add new tracks, or cut existing music if it’s too long. Since difficulty balancing is something that happens at the very end of the development process, having to contend with live instruments would make things very difficult.

Chris: The  PlatinumGames sound team is one of the most exceptional in the industry. Could you tell us more about how you cultivated this team in the eight years since forming PlatinumGames? Was it satisfying to be able to pass the torch to your discipline Hiroshi Yamaguchi on The Wonderful 101?

Masami Ueda: Thank you. I think there’s still a lot of room for improvement, but I’m happy to hear you say that.

Actually, I already passed on the torch during the first Bayonetta. I was the lead composer for about one year. I wanted Yamaguchi to experience being a lead composer as soon as possible. I knew that Bayonetta was going to be a long project, so I decided to pass the torch about halfway through. I think this was a very positive experience for him. However, it did mean that I had to take a backseat and watch him do his thing, which could be annoying at times, because there were still things that I felt like doing myself, but I think we can all agree that Bayonetta turned out just fine, and feedback has been very positive, so it all worked out in the end.

Chris: The physical version of the Bayonetta 2 Original Soundtrack will be released in Japan on October 29. Following the precedent of Okami, The Wonderful 101, and, of course, the original Bayonetta, it is a giant five disc, 183 track release. Why so much tracks? How did you go about creating a soundtrack release?

Masami Ueda: I guess that is quite a lot, yes. But honestly, we feel like it’s still lacking. We often find ourselves wanting to make unique tracks even for extremely brief situations in the game if they’re important or impressive enough. Yes, there are a lot of tracks, but that’s just how things go.

We try to handle as much of the production of our soundtracks in-house as we can, so we adjust volume, sound quality, the intervals between tracks, and fadeout timing etc. by ourselves. Usually, work like this is done by a mastering studio, but if you do it in-house you can be more flexible with time. It takes us about one month to create an official soundtrack, including liner notes. Of course we bring it into a mastering studio as well, but there’s not really that much left to do at that point. It’s just some rebalancing, and maybe running the music through an outboard if they have a good one. That’s still about one week’s worth of work though. I mean, it takes five hours just to listen to all the music, haha. 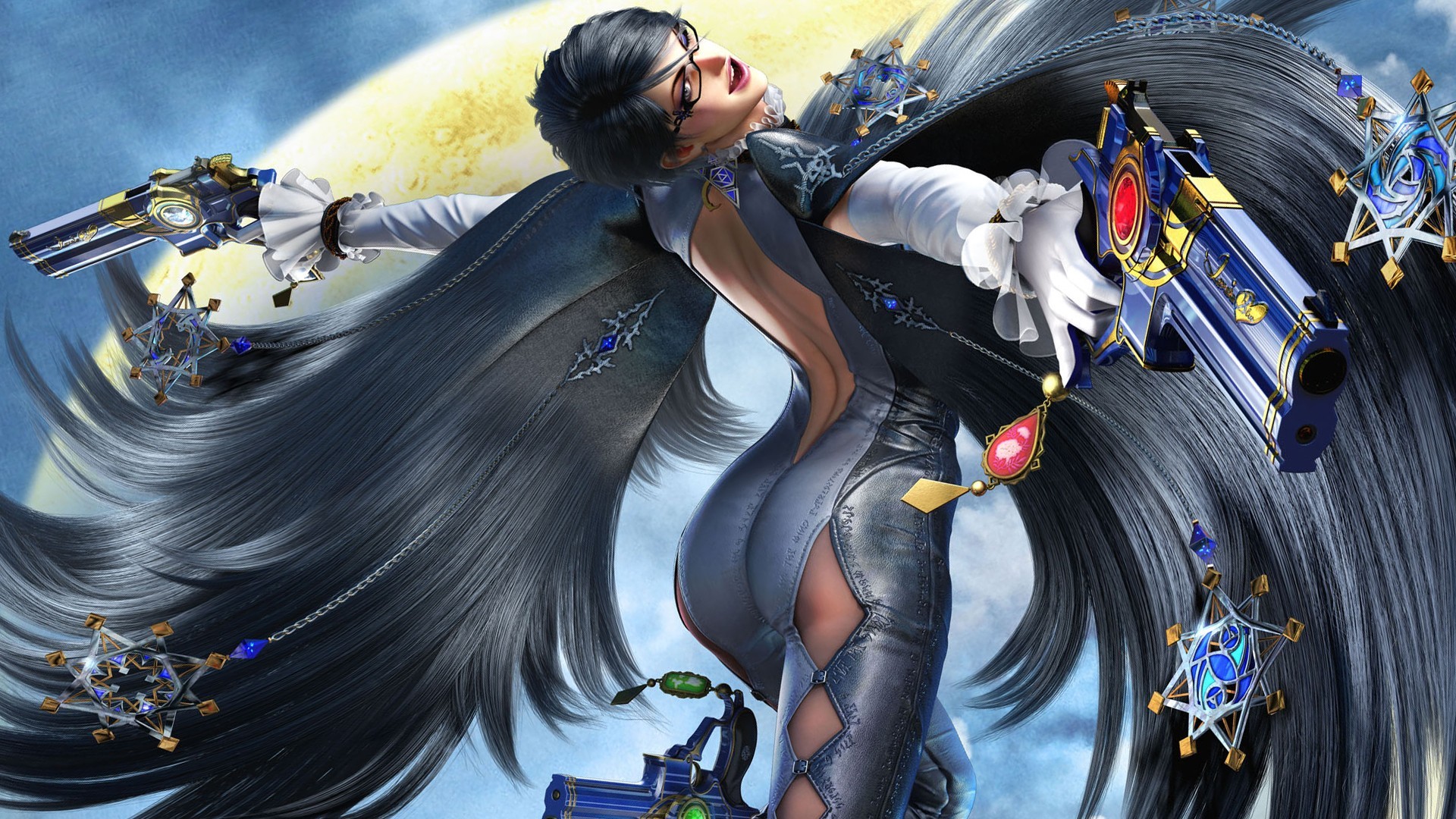 Chris: Many thanks for your time today, Masami Ueda. Is there anything else you would like to say about Bayonetta 2, PlatinumGames, and yourself? Do you have any message to Bayonetta fans around the world?

Masami Ueda: I am extremely happy that we got to make Bayonetta 2 for all of our fans. We poured our everything into every single moment of the game, so we hope everyone will pick up the game and play it to their hearts’ content.

Thank you very much!

Bayonetta 2 will be available in stores across North America and Europe for Wii U on October 24. The five-disc soundtrack will be released in Japan on October 29 and can be imported from stores such as CDJapan.