Last Friday, two highly anticipated games released side-by-side. One was Paper Mario: The Origami King. It may not have been Paper Mario: The Thousand-Year Door, but by most reviewers’ accounts it continues the Paper Mario tradition of creative scenarios and clever humor.

The other was Ghost of Tsushima. It may not have been Paper Mario: The Thousand-Year Door, but it’s easily the closest games have come to delivering a sweeping, cinematic samurai narrative in Seven Samurai style.

Well, Nintendo may not have put out an official soundtrack for a Paper Mario game since the N64 original, but the Ghost of Tsushima soundtrack is here already, courtesy of Milan Records. Can their team’s efforts recapture the magic of the samurai genre?

The word “cinematic” can make for a funny descriptor for a video game. Then again, what better description exists for a game with an entire graphical setting dedicated to one of the most revered filmmakers to ever put samurai on screen? Ghost of Tsushima is undeniably (and very intentionally) film-like in its presentation, and it boasts a soundtrack that could contend with any Oscar-winning score in terms of production value. The orchestration is just phenomenal. Winds weave mesmerizing textures (“The Way of the Samurai”). Koto passages create intrigue (“The Tale of Sensei Ishikawa”). Shakuhachi sears and flickers at times (“The Last of Clan Adachi”) and lilts with emotional weight at others (“Lord Shimura”).

The string writing is especially fantastic. It bears the brunt of the narrative responsibility on the album, ceaselessly shifting from somber to sweeping, often within the same track (“Lady Masako”). Look no further than “Honour to Ash” to grasp the full scale of the string section’s dynamic range. At the most exciting moments, the strings collide with thunderous percussion in formidable formations (“Jin Sakai”, “The Fate of Tsushima”).

In truth, many of these elements are a consistent presence across the album, which makes pinpointing specific special moments a bit tricky; but that’s a compliment to the soundtrack’s consistent quality more than anything. And novel instrumentation ideas do crop up every now and then: the raspy vocals that deliver “Forgotten Song”, for example, lend the tune a sense of ancestry and soul.

The “Tsushima Suites” at the tail end of the album are a bit easier to differentiate in terms of character. The “Seion” suite could be called the album’s most easygoing stretch, and the lighter, more playful tone comes as welcomed relief after seventeen straight tracks of a graver nature. The “Shurai” suite, by contrast, features more militaristic and metallic percussion, alongside dissonant, droning brass and tense strings. The “Bushido” suite is the most solemn of the bunch, and the string writing in the first half outshines the entire rest of the album. The “Koduko” suite is best described as meditative, with soft bells, soothing timbres, and a fairly hollow body. And rounding out the suite of suites is the “Seiki” suite – an elegant and atmospheric journey with some uniquely magical wind melodies.

The most iconic composition in Ghost of Tsushima’s arsenal is “The Way of the Ghost”. It begins as cello and violin take their turns introducing the main theme between fragmentary koto passages. That theme has some magnificent gravity, and it only grows when the full string section takes over and fleshes out the theme at the track’s apex; and the reprised version, featuring Clare Uchima’s mournful vocals, packs even more power.

Ghost of Tsushima is predominantly heavy, and even haunting, but it goes down smoothly thanks to the quality of its orchestration. Together, the Milan Records team have crafted a score worthy of any samurai epic in any medium. Consider it a soul-stirring must-have for fans of classic samurai films. 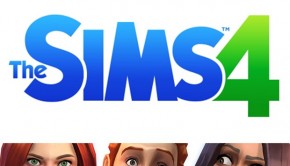