dreeps Original Soundtrack is the score to the unique, alarm-based iOS game, composed by Kyohei Fujita. The soundtrack is largely chiptune with just a dash of xylophone, all mixed with a number of sound effects. In some ways the soundtrack draws from the early JRPG scores in terms of mood and atmosphere, but it also has a compositional style that is complex and detailed, making for a compelling soundtrack both in and out of the game.

First, it should be noted that Fujita makes efforts to render the soundtrack narratively; sound effects that transition into battles (“encount” and “encount2”) are present before each battle track. Some tracks are also cut to loop seamlessly, leaving the gaps as the separate “.” tracks. It’s a nice little touch that shows attention to detail, and helps the album as a standalone listen.

The album starts largely with light tracks, easing into the world of dreeps. “Dozing” is a very basic track with just a few scattered beeps under a simple melody. It’s minimal, but fitting as a prelude. Following is “Into the dream” presenting a more memorable melody. The accompaniment is very atypical, as the lower synths dodge in and out with an unpredictable rhythmic pattern while other sounds buzz and echo about. The track has a great texture, and it all comes together in a very intriguing and pleasing track. Next, “Going through the valley” is a more straightforward field track, following basic structures with quirky sounds. “Once upon a time” is a mellow atmospheric track, again with an atypical accompaniment in counterpoint which later seems to be interrupted by noise, though the track itself presses on. Strange, but by no means unlistenable, as the oddities make it interesting. A bit later is the peaceful “Mother Sea”, which carries a steady melody but then has short figures that float in on their own accord, almost like fish randomly passing by. “The color of separation” is straightforward in terms of accompaniment, but its harmonic structure is neat and it carries a tinge of bittersweetness to it, especially when it reduces its sound. “Heat Haze” is a steady track that has a lot of fluttering extra sounds for atmosphere, and I quite like the later melody. Wonderful calm stuff on this first section of the album, all of which has intriguing composition or texture.

The middle part of the album fleshes out the dreeps world with different locales and emotions. “Rotting World” has a very ambiguous time signature for most of the track, as its different lines of music seem to be doing their own thing, and even when they align later on it is in a complex meter. It paints an interesting aural picture as the main melody sings sadly while the other lines move around it seemingly without regard. “Night forest” also has a lovely but sad melody, this time with a basic tranquil accompaniment, but even this track morphs quite a bit throughout in to keep things moving. “Fire path” is also rhythmically disorienting, this time characterizing an oppressive area with a great lower line. Then there is “Electric shock” which is laid back, even a bit funky, with a nice choice of buzzing synths that give the impression of a flowing electric current. A quiet section basically amounts to a drum solo in the track, after which the synth returns with a great melody line. “Cold steel” isn’t quite as neat as the rest, and also lacking in the melody department, but it helps to fill out a varied section of the album that covers different emotional ground from the opening tracks.

The last part of the album goes from a very minimal, lonely atmosphere, back to the tranquility of the opening. “Relying on the candle” carries a more typical ‘dungeon’ sound of JRPGs with its prominent, drawn-out bass. It later shifts to a section with a warmer sound, but it never loses the feel of the surrounding darkness, thanks to a slowly sliding synth that looms in the background of the track. “Memories are flowing” also carries a similar feel but this time with echoing blips and a spacious beat. There isn’t much happening melodically, but it achieves its atmosphere. “Crawling” is another very minimal track, very sparse and effective with just a few repeating figures and sound effects. There’s less to these tracks, but they fill out the story of the soundtrack, and work well as a bridge between the surrounding tracks. Things brighten up again with the closing songs. “Looking up at the moon with you” is a short track with some dream-like reversed samples. Its main line is pleasant but set in contrast to a darker bass line that doesn’t quite match it, adding subtle tension to the track. This feeling is resolved in “Heartless”, thoroughly positive throughout while drawing a bit from the previous tracks of the album. It doesn’t bring anything that we haven’t heard up until this point, but it is a nice, charming close to the album.

I still have yet to discuss the battle themes, but only because these are scattered throughout the album. On these Fujita restrains himself to his chiptune limitations, which in themselves are naturally less explosive than the modern rock and symphonic battle tracks, but he is still able to find avenues for intensity. “Battle – Field” for example starts in a straightforward manner, but then suddenly switches gears abruptly changing its rhythm and sound, disorienting and adding urgency to the track. While battle tracks often have a clear beat to energize the player, “Battle – Forest” interestingly is another track that doesn’t give a clear indication of where its strong beats lie. It focuses more on a steady stream of chaotic bombardment on the ears, to great effect. “The gong’s clang!” is upbeat with a lot of energy, and the buzzing synths make the electric feel even more palpable than in “Electric shock”. It’s also great as it suddenly glitches up and seamlessly transfers into a completely new rhythm partway through, which is very fun. “Battle – Dungeon” is more short and straightforward, but “That thing called fighting” is quite varied, starting off with another difficult time signature before exposing a clear beat. It has some great flourishes throughout that make it really neat. “The destruction of form” also has a glitchy shifting meter, and although it too is quite short it seems that Fujita manages to fit a lot in there, with a couple of great melodic figures and pressing segments. Great creative work here in crafting effective battle tracks that don’t follow the standard structures.

dreeps Original Soundtrack is a phenomenal first soundtrack by Kyohei Fujita, with a unique composing style that makes the most out of his chiptune library. He hits all of the typical emotional beats and atmospheres of a JRPG album, but he does so in atypical fashions, rarely basing them around memorable melodies and hooks, but rather around musical structures and interactions. Even after listening to it quite regularly, it’s near impossible for me to hum a track from the score (even though most tracks are quite short!), but I find myself coming back to the album over and over, easily getting lost in the deep musical world that Fujita has created. The soundtrack is wonderful both in-game and as a standalone listen, and I highly recommend it to anyone. 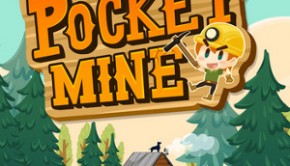