In this interview with Yu-Peng Chen, he discusses his first major game work, Genshin Impact, and how he approaches the music in the world of Teyvat.

VGMO: First of all, thank you, Yu-Peng Chen, for this opportunity to discuss your work on Genshin Impact. Before discussing the soundtrack, could you describe your musical background and any musical inspirations you have?

Yu-Peng Chen: This is Yu Peng Chen. First of all, I am very happy to be awarded the honor of Outstanding Artist — Newcomer/Breakthrough in 2020 via the Annual Game Music Awards. On behalf of all my colleagues in miHoYo, including our team members in the HOYO-MiX music team, I would like to thank you! I graduated from the Music Engineering Department of Shanghai Conservatory of Music, majoring in music design and production. Before I joined miHoYo, I had been working in film and television scoring, involving a wide range of music styles and accumulated a lot of experience.

I feel honored to create music for Genshin Impact, which is a very important opportunity in my life. I didn’t expect Genshin Impact to be liked by so many players from different countries all over the world, and as a result, the music is also widely loved and praised by players.

Most of the creative inspiration of Genshin Impact comes from the classical music and Chinese folk music that I listened to when I was young. In the future, I will continue to learn from the elements of folk music from all over the world and integrate them into my personal style. 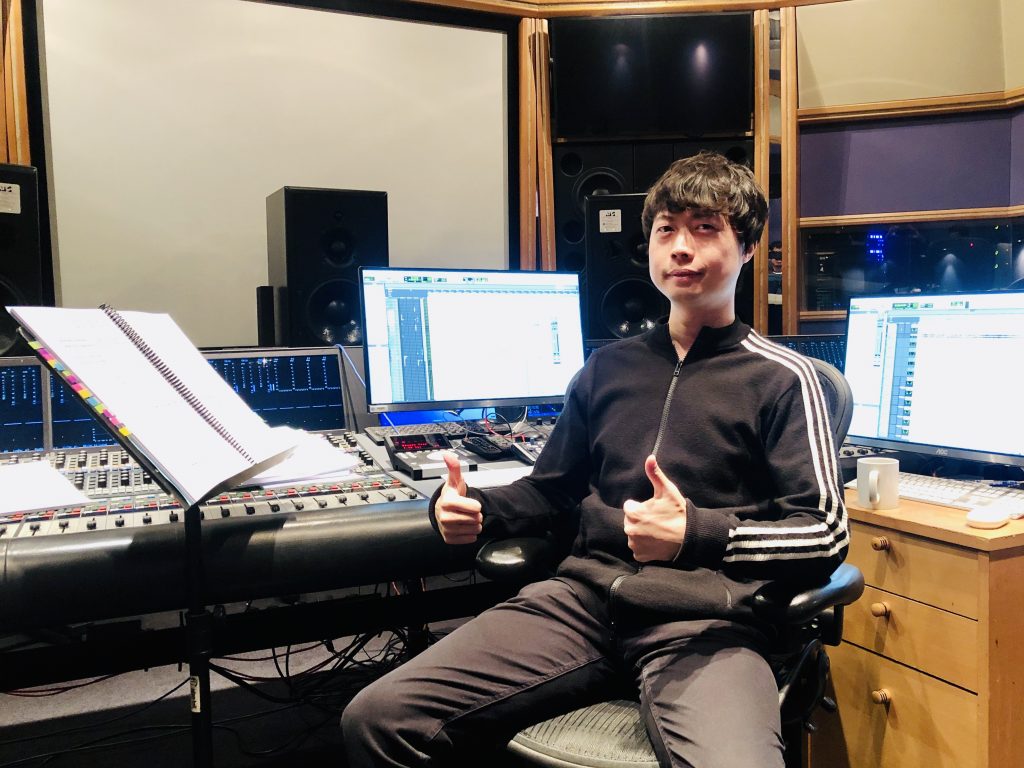 VGMO: Moving onto Genshin Impact, the “Genshin Impact Main Theme” sets the tone of the game’s music. What emotions did you aim to capture and what went into the composition process that led to its final rendition?

Yu-Peng Chen: My creative mission is to move players from the auditory level, hope that the players will be completely immersed in the game world. The music needs to have beautiful melodies, and it always sounds full of hope and passion. It brings out the poetic, beautiful and humanistic feelings within the listeners.

For the final versions of the music, we try to cooperate with the best musicians from all over the world, as well as recording and mixing engineers, hoping to express this beautiful emotion as much as possible and push the quality to the extreme.

VGMO: The first major area of the game takes place in Mondstadt and the surrounding areas. With this particular region, what were some of the considerations you had when trying to capture the atmosphere of this particular section of the game?

Yu-Peng Chen: The first big region of Genshin Impact is Mondstadt. It’s where all the adventures begin. The music design in this region is rather simple. The artistic design of Mondstadt has a lot of European elements. The city is a free and uninhibited place where chivalry is greatly advocated. As a result, I tried to make the music more free and relaxed without sacrificing the romance and eloquence of ancient Europe. Mondstadt is also a city that believes in “wind,” and the wind element is the first element that the traveler can use, Therefore, I used a lot of woodwind instruments in battle music hoping to imitate the free-flowing character of the wind. I know how to play the clarinet and the Irish tin whistle, and I’m also a quite adequate piano-player. That’s why I actually improvised a lot of the music in the open world. 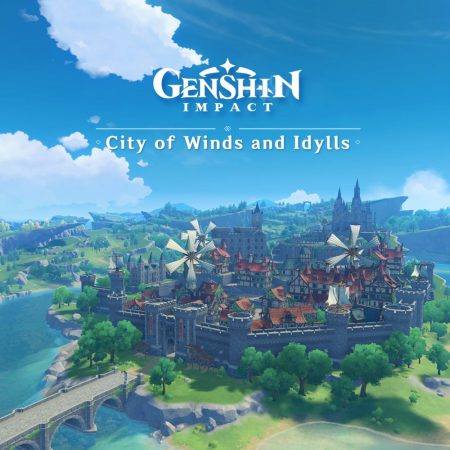 VGMO: Could you describe your approach to writing battle music in general? How do you prefer the action to be conveyed musically and would you be able to discuss in detail your work on “Caelistinum Finale Termini” and “Symphony of Boreal Wind?”

Yu-Peng Chen: I especially enjoyed the creation of Genshin Impact’s battle music. I spent a lot of time studying orchestration, how the melody lines move between each part, and how the emotions change. I like to think polyphonically when I write music. I also use a lot of other composing techniques when creating battle music.

In “Caelistinum Finale Termini,” the tension of irregular string rhythm reflects the tension of the overall atmosphere of the battle, and the melody lines are also hidden within the rhythm. The main melody in the woodwind section plays out the uneasiness in the heart of Dvalin, and the humming human voice sublimates the significance of this fight. It shows that the destiny of the traveler is to purify Dvalin.

In “Symphony of Boreal Wind,” I try to learn from Beethoven’s orchestration elements. The elements of breath and pauses in the melody make it sound more determined, sonorous and powerful, which fits the image of the wolf. The piano line is like the combination of the ice element and the wind element. The choir makes the wolf seem more deterrent and gives off a more poetic feeling overall. I love this song very much.

VGMO: The next major region released in the game is that of Liyue. The music in this region draws upon many traditional Chinese instruments. How did your approach to this area differ from that of Mondstadt and could you discuss any particular favorites you might have?

I especially like the song “Another Hopeful Tomorrow.” Generally, the more simple and ingenious the music is, the more it can move the audience. I can usually compose music like this in one sitting. It sounds easy, but in fact, you need to accumulate a lot of energy to understand the course of life, and you also need to have a unique understanding of the musical language to be able to do that. For example, I often think about how melodies or motives interact, how I can make them sound more like daily speech, to make them have a more natural expression, pause, breathing, fluency or hesitation that may hide or express emotions. I will deliberately look for such beauty. 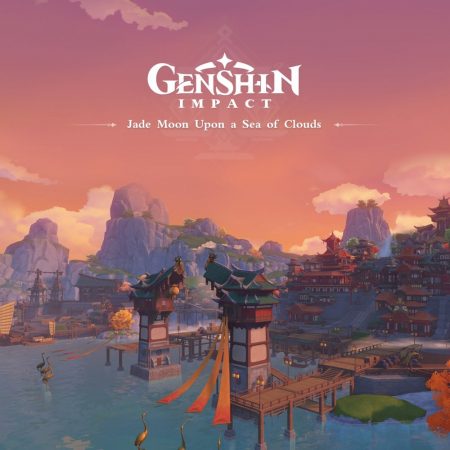 VGMO: Could you discuss your approach to the battle music in this section of the game and how you differentiated it from that of Mondstadt from a musical standpoint?

VGMO: In each major city, the music changes depending on what time of day it is. How did you approach the overall progression from day to night in these cities and were there any key considerations that you kept constant for each particular timeframe?

Yu-Peng Chen: The music in major cities like Mondstadt and Liyue usually needs to be energetic and upbeat during the day. (Of course sometimes the music also needs to fit the background of the city and the main plot of the game, upbeat and energetic may not always be the case for other cities in the future). The night is usually peaceful, serene and pleasant. During day and night, the same theme is usually repeatedly used, and different orchestrations are employed to create different atmosphere.

VGMO: Another big part of the game is that of exploration. When it comes to music in the overworld, could you discuss your approach to bringing the world of Genshin Impact to life as you explore without over-wearing its welcome?

Yu-Peng Chen: In my opinion, the reason most players like Genshin Impact is because they feel happy and content exploring this virtual world. Music-wise, the themes and motives are usually as simple and beautiful as possible. The rhythm of most outdoor exploration music is very soothing and peaceful. The duration is relatively short, and there will be a long time interval in between music in order to not overstimulate the player’s ears. This way, the music does not interfere with the players’ attention and thoughts during exploration.

VGMO: The world of Genshin Impact is vast and much still needs to be unveiled. Would you be able to give some insight into what to expect from the music in the next major area expected to come to the game?

Yu-Peng Chen: In terms of the next big region, I’m not able to disclose too much information at this point. I know all players who like Genshin Impact’s music must be looking forward to the new music in this region. I hope the music will live up to the players’ expectations. 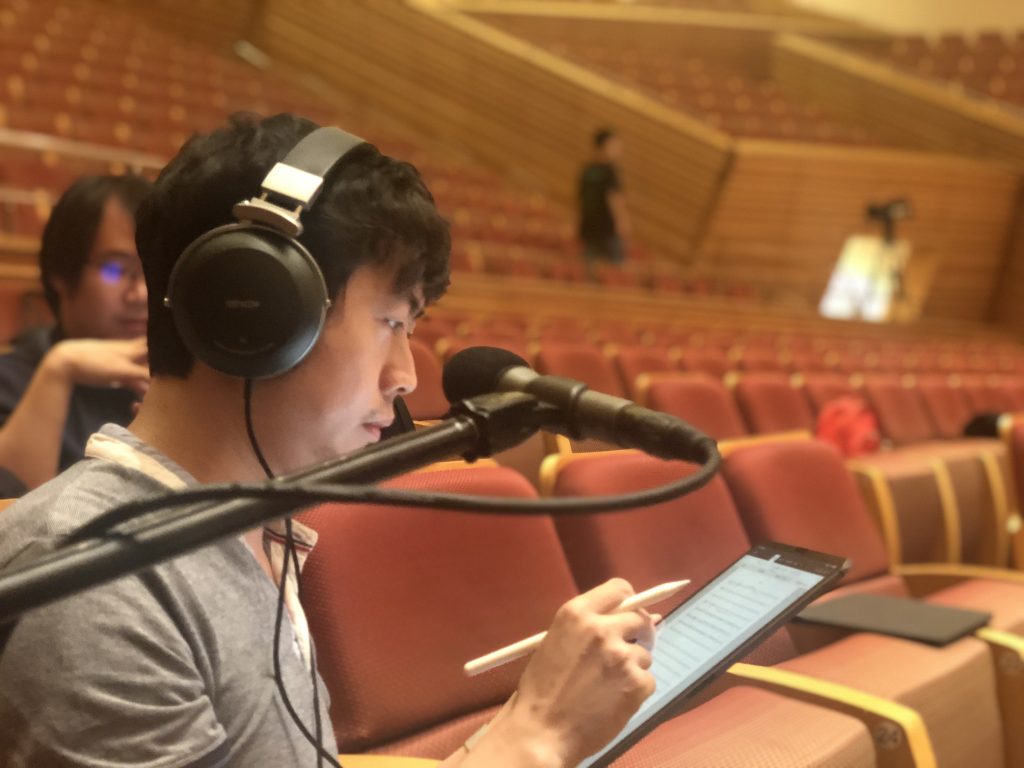 VGMO: Thank you once again for your time today to speak to us about your breakthrough work on Genshin Impact. Is there anything you want to tell aspiring composers and those who have come to love the music of Genshin Impact? Are there any other projects that fans of your music might be interested in learning about?

Yu-Peng Chen: I would like to thank the players who love Genshin Impact’s music. In the future, there will be many offline music related activities, including concerts, and the release of CDs of the OST. I am currently working full-time in miHoYo. I’m in charge of all Genshin Impact’s music creation. For me, there is no work more important than this.