The Ukiyo no Shishi/Ukiyo no Roushi Background Music Collection contains the music to Spike Chunsoft’s third person action adventure games, one of which was released for the PS3 while the other released for the PS Vita, each with their own story, but containing the same music. Composed by Kemmei Adachi, known for his work on the Patapon series, how does he approach the soundtracks to these games and is it successful?

The album opens with “Transient World Engine (ShiShi OP),” a vocal tune featuring a blend of electronic and Japanese elements, serving as a great prelude to into what to expec from the soundtrack. The shamisen is a nice touch and the vocals are quite strong as well. There is also a “Transient World Enginge (Roushi OP)” version which takes a more rock focused approach but still retains the aforementioned electronic and Japanese elements. This theme is also reintroduced in “Kabuki Chanbara – Transient World,” which serves as an extended version of the opening themes.

There are also a variety of other tunes, most likely settings, that brings with it a more traditional Japanese setting as well as some more fusion type pieces. “Solemn Old Imperial Palace” focuses on shamisen, shakuhachi, and orchestral elements quite successfully while “Miburo’s Roost” is a peaceful piano and shakuhachi led piece with tons of atmosphere. “Red Light District” incorporates both a funk sound with that of a shakuhachi focus on melody creating a fitting feeling for such a district while “Samurai’s Residence” features intense orchestral tones mixed with taiko drums and some light electronic effects. Likewise, “A Window Open to Foreign Countries” also features taiko while being a primarilyi woodwind and acoustic guitar driven piece.

In the end, the Ukiyo no Shishi/Ukiyo no Roushi Background Music Collection is fairly successsful at crafting an enjoyable listen. While some of the tunes may be a bit atmospheric or repetitive for some, there are a lot of interesting combinations of sounds to be had, from more traditional Japanese sounds to more modern ones that eschew all semblance of the time period featured in the game. Fans of the Soundcloud crossfade above might be interested in hearing more. 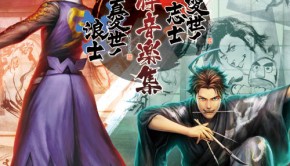 SuperSweep to publish soundtrack for pair of samurai titles → 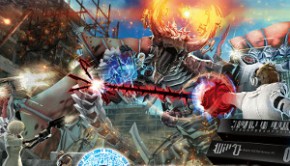