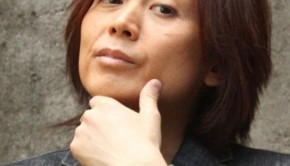 Music producer Mitsuo Terada (aka Tsunku) recently confirmed on his official site that he has been treated for cancer. Consulting