Capcom has announced the soundtrack release of Street Fighter V: Arcade Edition. No specific composers have been announced for this edition of the soundtrack, however information on the other editions can be found here. 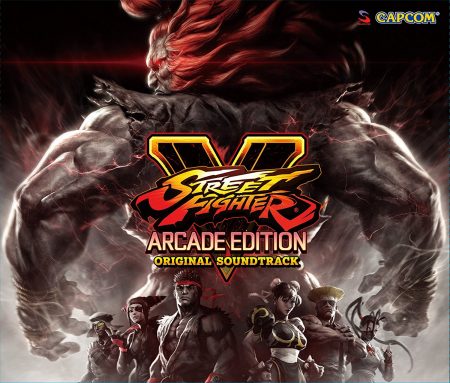 Across three CDs, the soundtrack includes the base game’s score, as well as themes from the DLC releases and the newly released arcade mode music, for a total of 86 tracks. The soundtrack will be available February 14th at the price of 4104 JPY.