The increasing number of published books about video games and their history over the last decade has been pleasing to observe. Often though, consideration is only paid to English-language publications. However, that sort of focus means to overlook a significant number of contributions from non-English speaking countries. Particularly France has seen the release of an impressive number of books about video games, mostly due to the activity of publishing houses Geeks-Line (if you have time, money and a working knowledge of French at hand, check out their 1200+ pages book on the PlayStation) and Pix’n Love. Amongst the latter publishing house’s many books are two titles that focus on game music: Damien Mecheri’s VGM – History of Game Music (all translations by the author) and Rémi Lopez’ OST – 100 Indispensable Video Game Albums.

The idea of Top 100 Album lists is of course an old one, but Lopez’ work is the first published “Best of Video Game Music” book. Mind you, he is smart enough to use the term ‘indispensable’ rather than ‘best’, because any ‘best of’ list is bound to elicit negative responses about why ABC didn’t make the cut while XYZ did. ‘Indispensable’ gives Lopez a bit more wiggle room – although looking at the albums he chose for inclusion in this book, he doesn’t have much to be concerned about. Yes, there are question marks, as there will always be with any such list (this writer wonders why a book that is so concerned with the proper recognition of game music fails to mention the seminal Medal of Honor soundtracks at any stage?)

But all things considered, Lopez’ selection a is smart and eclectic one. Obvious classics (from YS I&II Chronicles and Donkey Kong Country 2: Diddy’s Kong Quest to Castlevania: Symphony of the Night and Shadow of the Colossus) are being accounted for. However, Lopez has clearly done his homework and has a sufficiently deep knowledge of game music to dig up treasures that might be well familiar to seasoned game music fans, but not to more casual fans of the art form. It’s good to be reminded of the excellence of Kohei Tanaka’s Alundra, the early orchestral brilliance of Elemental Gearbolt, or of an early example of the worlds of film and game music converging in Michael Nyman’s Enemy Zero. Lopez also includes several downright surprising and obscure scores, including The Path, Mr. Bones and Moon: Remix RPG Adventure, making his selection still more intriguing and a read of his work more surprising. All things told, all genres and eras of gaming are covered as satisfyingly as one could hope from a publication such as this. 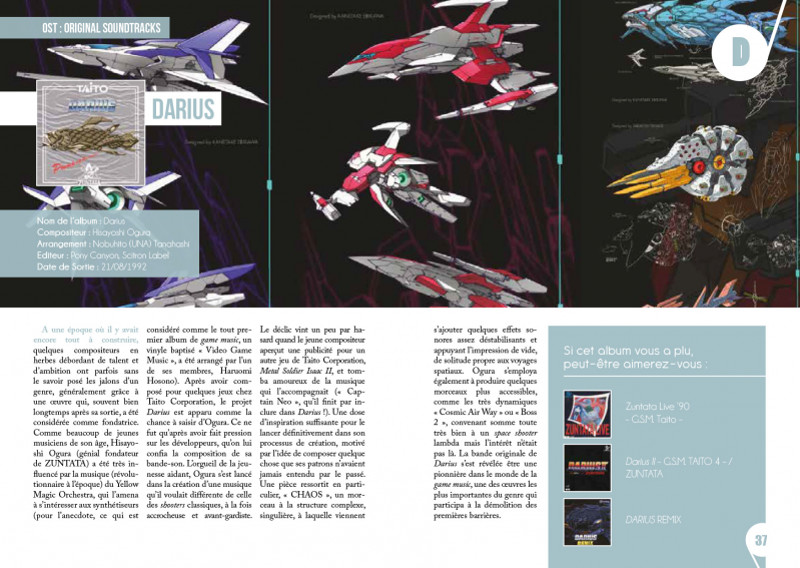 There are biases, but some of them are inevitable. The book skews towards Japanese over Western scores, but that’s partially because it only considers actual album releases (a perfectly reasonable choice). Compilations albums find consideration if they cover one franchise (Rockman, Turrican), which is a smart way to include games from the 8-bit era that usually simply weren’t long enough to fill an entire album. That being said, Lopez occasionally conflates entire franchises like Ar Tonelico into one article – rather than choosing one soundtrack release from the series – which is somewhat confusing. Each franchise is only represented by one entry (so the only Final Fantasy score included here is Final Fantasy VI). Given the limitations of a Top 100 Albums list, it’s another entirely acceptable decision.

Each album is presented on a couple of pages, one page filled with images from the game (in seriously varying and sometimes disappointingly blurry or pixelated quality). Extra space is reserved for a box that makes further recommendations in the style of “If you liked this soundtrack, you might try out…” – a welcome feature. Some soundtracks receive additional coverage, as Lopez looks at their arrange albums. The actual album reviews themselves clock in at about 250-300 words. It’s sufficient to provide more than just skin deep observations of the music, but snappy enough to allow easy dipping in and out of the book – a few pages here, a couple of soundtracks there.

Assessing game music’s most essential albums of course requires more than just analysis of the music itself – what’s needed is also some historic context. Again, all in all Lopez does a commendable job at finding meaningful points of reference for the albums he has selected. Breath of Fire: Dragon Quarter and Chaosfield are helpfully contextualised within the body of work of their creators; Bare Knuckles’ revolutionary style and historic importance receive sufficient attention; Hotline Miami serves to highlight the way game soundtracks are compiled in the era of indie games; and for Okami, Lopez highlights how traditional Japanese music had been integrated into game soundtracks previously, citing Samurai Shodown. The downside to this thoroughly researched approach is that sometimes, an article might consist of mostly context and little impression of what the album actually sounds like – particularly egregious examples include Dragon Quest X and YS I&II Chronicles. The same issue occurs in reviews for soundtracks that don’t come with a large amount of historic baggage, such as Alundra or The Elder Scrolls III: Morrowind. On these occasions, Lopez fails to describe the music in sufficient length, not to mention depth. 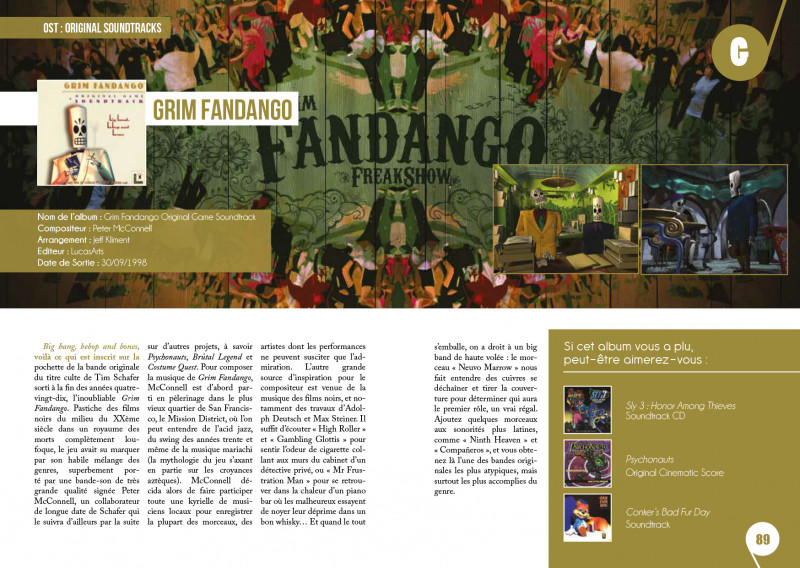 Lopez’ writing is generally strong, if not without issues. His writing is fluent and concise, his reviews eminently readable and most of the time (if not always) give a good idea of the music’s character and general mood. He doesn’t go into the musicological aspects of the soundtracks he discusses, which is understandable given the relative brevity of his reviews (although it would have been nice to read a bit about the use of leitmotifs in some of the works that use them, for example Final Fantasy VI). Lopez does pay attention to the technological aspects particularly of earlier soundtracks, pointing out the often painstaking work that was done by composers and sound designers to make these relatively primitive sound chips sound their best.

If there is one particular issue with Lopez’ writing, it is one that it shares with most contemporary video game writing. His prose is thoroughly competent, but rarely particularly inspired. He finds the right adjectives to provide a sufficiently strong impression of what the music sounds like and what might make it special. However, Lopez rarely ventures outside of this straight forward application of adjectives to either the mood and emotions evoked by the music, or to the instruments used. Occasionally deployed imagery like the music of Vagrant Story seemingly emanating from the walls of the haunted city isn’t hugely original. But at least it points at more creative ways to conceptualise the shape and emotional impact of game music. The effects of Lopez’ ultimately fairly workmanlike (if passionate) approach to writing about game music become particularly apparent when reading larger sections of the book in one go. Stuck with a limited writerly approach, Lopez’ reviews too often fail to articulate what makes a particular album unique or particularly outstanding, so that album descriptions begin to sound alike after a while.

It’s particularly this point that makes OST – 100 Indispensable Video Game Albums a good, rather than great book. Still, there is no denying that Lopez’ work ultimately achieves its goal – after putting it down, you do want to check out the soundtracks that it has brought to your attention. Particularly for game music neophytes, the book is an easy recommendation, but even more experienced collectors will by and large appreciate Lopez’ insights and recommendations. OST – 100 Indispensable Video Game Albums captures game music in all its multi-faceted, wildly original glory – here’s to hoping we will see more book projects of this kind.