The soundtrack to Metal Gear Rising: Revengeance was a mixed bag at best. I enjoyed some of Jamie Christopherson’s compositions, but found that a majority of it to be experimental and underdeveloped. Besides the drastically different music that Christopherson composed himself, a separate soundtrack of vocal tracks was commissioned for the game’s many fast-paced action scenes. Christopherson composed a majority of the tracks, but a bunch of licensed artists put in their talents as well. Can the vocal album outshine the previous soundtrack?

For the majority of the album, the style of music here stays largely the same throughout. To match with the fast-paced, hack and slash nature of the Revengeance, the music perfectly fits that. With these tracks, we’ve got jamming electric guitars, heavy electronic synth, and blood-pumping vocals. It’s difficult to talk about each track without sounding too repetitive since they all feature the same style of hard rock. That’s not to say that these tracks all sound the same or have no variety. Far from it. I found this album to be brimming with creativity and energy that the original soundtrack lacked. I really think that this is an album that really has to be listened to, rather than written about; but on to the review anyways. “Rules of Nature,” “The Only Thing I Know for Real,” and “Dark Skies” set the mood for the entire album. Special praise simply must be given to the vocalists’ performances. The artists bring life and spark to these expertly crafted tracks. Even though some people may be turned off by the excessive use of auto-tune (that seems to be a trend now in the music industry), I think that it actually portrays the game’s futuristic and cybernetic world surprisingly well. The electric guitar and synth are equally fantastic. “I’m My Own Master Now” reflects upon Raiden’s own mental and physical journey with its fitting lyrics and “A Stranger I Remain” uses expertly mixed female vocals that I really enjoyed.

“Return to Ashes” is a track that particularly stuck a chord with me (no pun intended), with its political lyrics and erratic composition. “The Stains of Time” is another great piece that goes full out with its electric guitars. Again, the lyrics are fitting and inspired. “Red Sun” also uses prominent use of electric guitar as the track’s main instrument and I even detected hints of dubstep as well. “A Soul Can’t Be Cut” builds up the tension with its rock instrumentation and lyrics before exploding into a loud frenzy. “Collective Consciousness” and “It Had To Be This Way” changes things a bit with a more cinematic touch, while still retaining the album’s trademark rock style. The political intrigue lyrics are reminiscent of the previously mentioned “Return to Ashes.”

Another track that deviates from the hard rock style is “The War Still Ranges Within” which also has the longest running time. As such, it is the most developed on the album and fits in more detailed composition than the rest of the tracks. It begins with electronica and slightly melancholic lyrics, but then perfectly transitions into a more sorrowful rock. Truly a highlight among the rest. “The Hot Wind Blowing” is the last real track on the album and it returns to the hard rock and fast-paced lyrical style previously established. 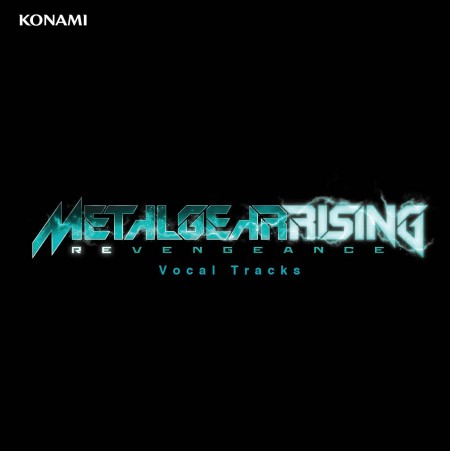 After the thirteen vocal tracks I’ve talked about, what comes next? First up, we have the DLC version of “A Soul That Can’t Be Cut.” Even though it’s supposed to be a variation, the only difference is that this version was sung by Tyson Yen rather than Kit Walters. Then we have three “Low Key” variations on the songs “Dark Skies,” “Return to Ashes,” and “A Soul Can’t Be Cut.” Just as one would expect, these are the exact same songs simply in a subdued low key. There are no vocals either, so I’m assuming that these are for the game’s more subtle gameplay scenes.

The final twelve tracks are instrumental versions of the vocal themes. They are basically exactly the same songs, only with the vocals removed. Some will probably enjoy these tracks; but I found the best way to listen to these songs is with the original vocals intact. Strangely, “The War Still Rages Within” is not given an instrumental version.

This is a very fun disc to listen to and I found myself enjoying this album much more than the regular soundtrack. The vocalists do a splendid job capturing the themes of the game with their performances, and the mixing of hard rock and synth is phenomenal. The soundtrack worked perfectly in-game, and it successfully holds up on its own when taken out of context. Although I didn’t really care for the variants or instrumental versions, the main vocal songs are definitely worth checking out. As expected, these songs sound nothing like what people would expect from the main Metal Gear series, but that should mean very little to listeners. If you’re a fan of Rising or simply enjoy rock music in video games, then check it out. Unlike the other soundtrack, the Vocal Themes album is a full commercial release; so it should be easy to find and be priced cheaply.