Composer Hiroki Kikuta of Secret of Mana fame will be featured on Aloft Studio’s upcoming action RPG Hazelnut Bastille, according to Nintendo Life.  Kikuta-san will work alongside composer Shannon Mason in the creation of the game’s original soundtrack. 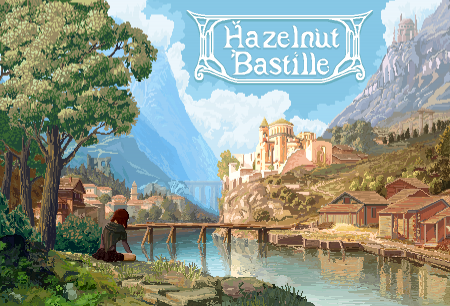 Hazelnut Bastille will be the latest indie game soundtrack to feature Hiroki Kikuta as a special guest appearance.  Recently, Kikuta-san was featured on the Tangledeep Original Soundtrack, to which he contributed two arrangements of a single composition.  It is not yet known to what extent Hiroki Kikuta’s music will be featured on Hazelnut Bastille’s original soundtrack.

Aloft Studio has yet to announce an official release date for Hazelnut Bastille, tentatively scheduling its release for sometime in 2019.  Those curious to hear an early sampling of the game’s music can check out video walkthroughs of the game’s demo on Aloft Studio’s official site.