Hand of Fate, a video game blending elements of collectible card game and action RPG, was released through a successful crowdfunding campaign through Kickstarter. The music of the game was handled by Brisbane-based composer Jeff van Dyck, best known by his work on the Total War and Need For Speed series. The game was met with favourable reception upon its launch; how does the soundtrack fare in comparison?

Most of the soundtrack captures the setting of the game with music reminiscent of medieval times. For example, “Life and Death”, the brief opening track, sets the tone for the soundtrack with its ominous low-pitched drones. “Welcome to the Game”, the track players will hear before starting a new round of card games, started off much like a continuation of “Life and Death”, before adding in more colours with some strings and drums above the initial drones. “Cause and Effect” is a short track that plays on the game over screen, exuding an initial sense of graveness with some brass before placing the focus on the strings to convey the melancholy of defeat. Another track that features more drones, “Oscillation” is composed entirely of sustained tones.

One of the more dynamic tracks in the soundtrack, “Deal of the Millenia” utilizes guitar to play some repeating patterns amidst the drones to give the piece some forward momentum. “Ascension”, an ambient track using more drones, with some tinges of bells mid-track. Contrasting the previous track with its high energy, “Dead Skin” shifts our focus to the percussions. The piece starts off with some rhythmic drumming, slowly building it up before completely cutting the drums off and surprise us by starting a new set of rhythms with bells instead. But eventually the drums are reintroduced into the piece. The unexpected twist managed to stir up the rhythm of the piece in a refreshing way.

Another drone-heavy track, “Levation” nevertheless differs from other dark ambient tracks with a higher pitch and an airy tone, as the title suggest. Short melodic phrases played by plucked strings and woodwinds are scattered in the piece. “Fate’s Lullaby” is a track that plays when the player shops with the merchant in-game. Although the track starts out with a light-hearted motif performed by plucked strings, a counter-melody is introduced later on to add some dissonance to the initially carefree melody and ultimately ending it on a minor chord, seemingly to signify this is only a temporary respite from the dangers lurking in the shadows.

One of my favourite tracks in the soundtrack, “Dune Storm” is a spirited battle theme with a relentless rhythm driven by hand drums and two plucked strings that echoed one another. “Lucidity” is an atmospheric piece with an entrancing phrase repeated by the plucked strings while bowed strings and woodwinds perform the melody one successively. There are a few noticeable key modulations as the track progresses. Among other action tracks,“Resistance” starts out with just plucked strings before gradually introducing more instruments to increase the tension and building to a climactic point. It then abruptly cut the instruments down to just plucked strings again, ending the same way it began. “Gremlins” evokes a sense of urgency through repeating rapid patterns with low-pitched strings. Between such tracks, there are yet other pieces such as “Resonation” that focus on the continuous tone of drones to create a surrounding sound.

“Hand of Fate (Instrumental)”, the instrumental main theme of the game, is a lush track with a grand melody carried by the bowed strings above the repeating patterns by plucked strings and drums. The final track of the soundtrack, “Hand of Fate”, is the vocal theme of the game. Although sharing the same basic melody with its instrumental counterpart, “Hand of Fate” is arranged differently and the melody is fleshed out more for the vocals. The lyrics of the song are what one would expect from a high fantasy game, but it fits the theme of the game well. The piece has a distinctly modern instrumentation, most notably a drum set and some synthesized sound, which made it stood out from the other tracks.

Hand of Fate Original Soundtrack features a compilation of tracks with an unmistakably medieval fantasy sound. To van Dyck’s credit, he had created a very particular soundscape with a carefully chosen set of instruments that works well in the game. However, I did find the soundtrack’s reliance on drones to be less appealing outside the context of the game. Because of the specific style of the soundtrack, I would only recommend it to fans of the game as well as listeners who have a strong liking for ambient medieval fantasy music. 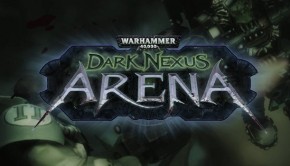 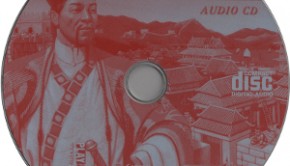