Video Game Orchestra founder and producer Shota Nakama has announced via Twitter that the orchestra will be performing the music of Final Fantasy XV in concert at PAX East tonight.  Nakama-san’s plug boasts that the concert will feature “the biggest ensemble that #PaxEast2018 has ever hosted,” and also invites fans not in attendance at the gaming convention in Boston to tune into Twitch for a live-stream of the event. 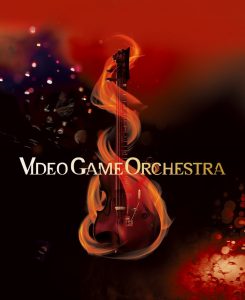 Final Fantasy XV’s musical score was chiefly developed by JRPG music legend Yoko Shimomura, and has come to feature a variety of guest composers – including Keiichi Okabe, Yasunori Mitsuda and Final Fantasy veteran composer Nobuo Uematsu himself – thanks to additional DLC.  The music has received its share of both praise and criticism from fans, with our own Lucas Versantvoort noting in his review that, “As musical accompaniment to the game, the score’s mostly fine. As a ‘Shimomura score’, it’s a mixed bag.”

Fans of the soundtrack can watch the concert livestream here beginning tonight at 8:30pm EST.