Sony’s announcement and simultaneous release of Entwined during their press conference at E3 on June 10 was an interesting, but successful, move. Entwined, developed by Pixelopolus, follows in the tradition of other indie titles from companies like thatgamecompany and Giant Sparrow in its emphasis on simplicity and beauty. It focuses on the processes of undergoing a task rather than completing it. Based on a traditional Chinese folktale, the game is about a bird and a fish that fall in love. The player’s job is to guide their souls through nine lifetimes, transforming the two into a single dragon and uniting them for eternity. Entwined is only a few hours long — four or five at the most — and the challenge is one of coordination, increasing in difficulty as the game continues. The soundtrack was simultaneously released with the game on iTunes and the PlayStation Store.

Sam Marshall composed the soundtrack for this quaint-but-touching little game, and the music works well in the context. Marshall uses a combination of solo instruments like cello or piano surrounded by electronics. The majority of music is ambiance, with the exception of the first and last tracks: “Forever Apart” and “Always Together,” both of which feature a light, airy acoustic guitar theme consisting of only four notes. The style of the game is all about its simplicity, and the music matches.

For each of the nine lifetimes — or levels — in the game, Marshall composed two pieces; a softer one for the majority of the level, and a more dramatic one for the last part, just as the player nears the end (and the level suddenly increases in difficulty). On the soundtrack, the two themes for each level are combined into one track, as in the game, the soft theme flows seamlessly into the more active one; they function as two sections of the same piece rather than two different pieces.

The tracks are all named after the visual theme in the level. “Fire” plays during a level filled with reds, golds, and oranges. The music begins with a soft electric guitar beating out a soft, eerie staccato melody. The more active part combines electronic choir sounds, harsh percussion, piano, and raw synthesizer. “Water” combines light harp with softer drums in the beginning, and harsher rhythms with electric piano for the more dramatic section. The way the music transitions from the first part to the second part is impressive, particularly since the player might reach the end of the level at any point. “Earth” uses a dotted eighth note rhythm and rapid arpeggios and progresses to soli strings as the pace of the level progresses.

Because the music is all minimalist in nature, the shift from one section of the piece to another works regardless of how long the first part has been playing. Part of this is due to each piece sticking to a constant key (although the different levels are in different keys, so it doesn’t feel as monotonous as it might as the game continues). Some of the levels even have obstacles that, upon completion, play a note that fits with the music.

Independently of the game, the soundtrack functions well as soothing background or ambiance music, but not much else. As the art, difficulty, and visual theme of each level changes, the music changes accordingly, making the game feel varied and simultaneously exciting and soothing. Outside of the game, the music is essentially traditional minimalist fare: constant meters and rhythms, drawn-out harmonies, and pulsing motifs. It’s well worth a listen, just to hear something very different from the average soundtrack, although it’s also worth previewing the songs before buying any to see whether it’s your cup of tea. Either way, Marshall’s addition to Entwined perfectly matches the spirit of the game and might ultimately be best appreciated in context. 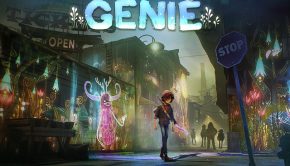