Delightful news for chiptune fans today. Capcom have secured a deal with Walt Disney Records to publish the soundtracks for two platformers based on its DuckTales television series. Released for the NES in 1989, the original DuckTales featured an iconic 8-bit soundtrack writtenby Hiroshige Tonomura. Last year, the title was remade by WayForward Technologies, complete with fantastic arrangements and new compositions from Jake Kaufman. 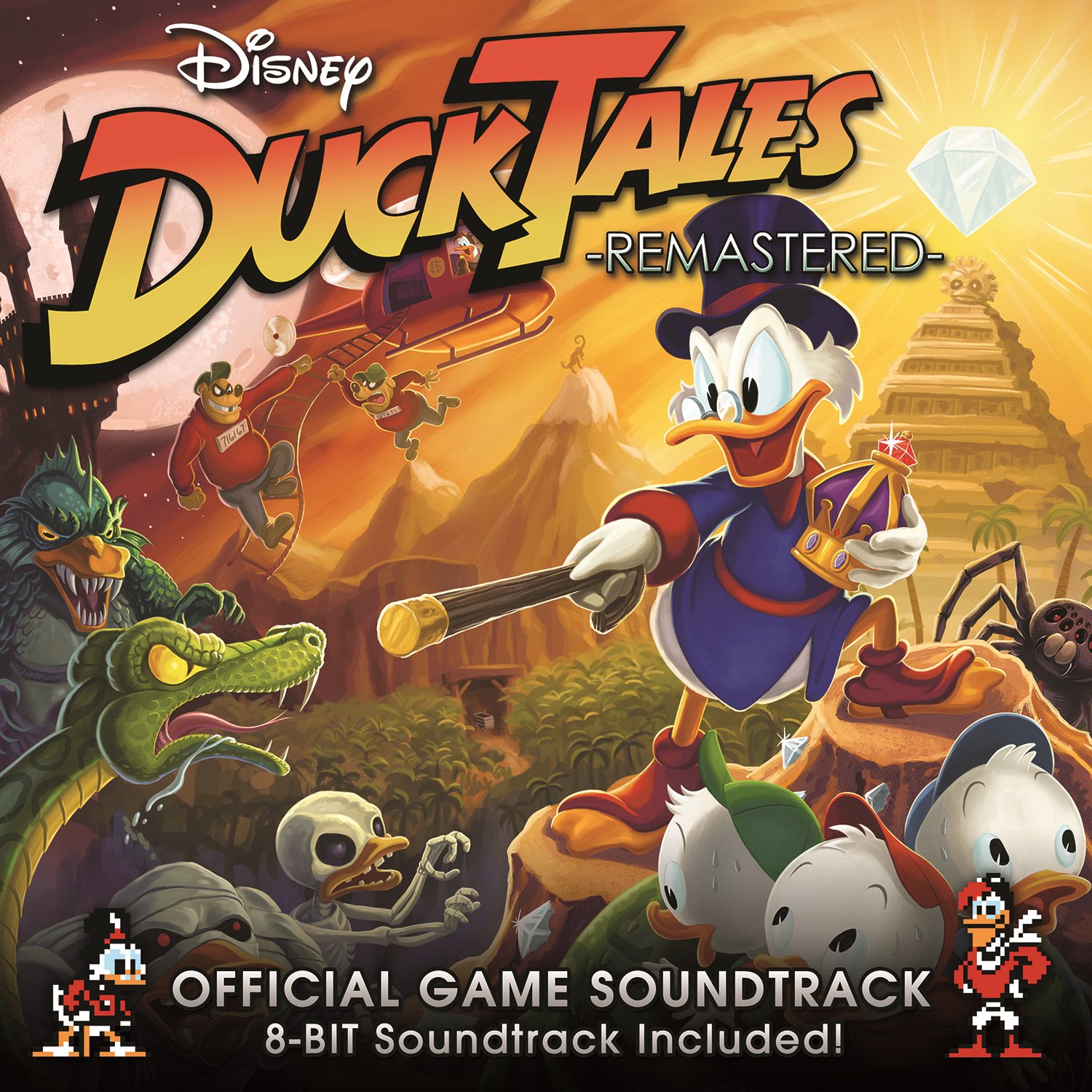 The DuckTales Remastered Official Game Soundtrack will feature all 25 music tracks from the remake.  The second half of the release features 8-bit versions of all these tunes, including the authentic soundtrack for the original DuckTales and demakes of Kaufman’s originals. The album also includes a piano arrangement of fan favourite “The Moon”. It can be pre-ordered ahead of its April 29 release date from Amazon now.