Today, pioneering musicologist Karen Collins launched a crowdfunding campaign to develop the documentary film BEEP: A History of Game Sound and an accompanying guidebook. This documentary film will take viewers on a rich audio-visual journey through the history of game music and sound, from the minimalist sounds of 1970s and 1980s arcade classics through to the surround sound orchestral soundtracks of 2014’s latest epics. It will be published together with a book that will provide an in-depth perspective on the evolution of game audio, packed full of interviews with the pioneers of game sound.

BEEP is being created by a multinational team of musicians, academics, and journalists, led by Karen Collins, Canada Research Chair in Interactive Audio at the Games Institute, University of Waterloo, and the world’s leading authority on studying game sound. Having been fascinated by game audio since the days of Pong, Collins wants to share the amazing story of how far the field has progressed in 40 years. “Right now the scope of Beep is covering it all – we might narrow it down depending on the footage we get, but we intend to put together a full history of game sound, from the Victorian mechanical arcade games through to today.”

She promises that the film “will showcase the incredible amount of work that goes into making games, as well as the talent behind the music and sound effects.” In particular, she will “give a voice to all of those musicians, programmers and sound designers that made the songs and sounds we love, and provide them with a chance to tell their own stories on how they changed history.” She also says “I’d also like to pay tribute to some of the incredible music using game sound chips but not making game music – called ‘chip tunes’. Malcolm McLaren once thought it was going to be the “next big thing”, but instead it’s been on a steadily increasing trajectory, but hasn’t become mainstream quite yet.”

BEEP’s creator has already penned several pioneering books and articles on game audio, helping to transform the topic from a fringe one into something now debated at conferences. With her latest book, she promises to go even wider and deeper than before to offer the definitive chronicle on game music. What’s more, she wants to use the documentary film to engage the masses – musicians and non-musicians, gamers and non-gamers alike – with her message. The stylish, streamlined audio-visual content for the documentary is being developed with a versatile filming crew and specialists such as chiptune composer Leonard Paul (Retro City Rampage), prolific narrator DB Cooper (BioShock 2), post-production audio team Savalas (Halo 4), and post-production manager Rory O’Neill (Stargate: Atlantis). 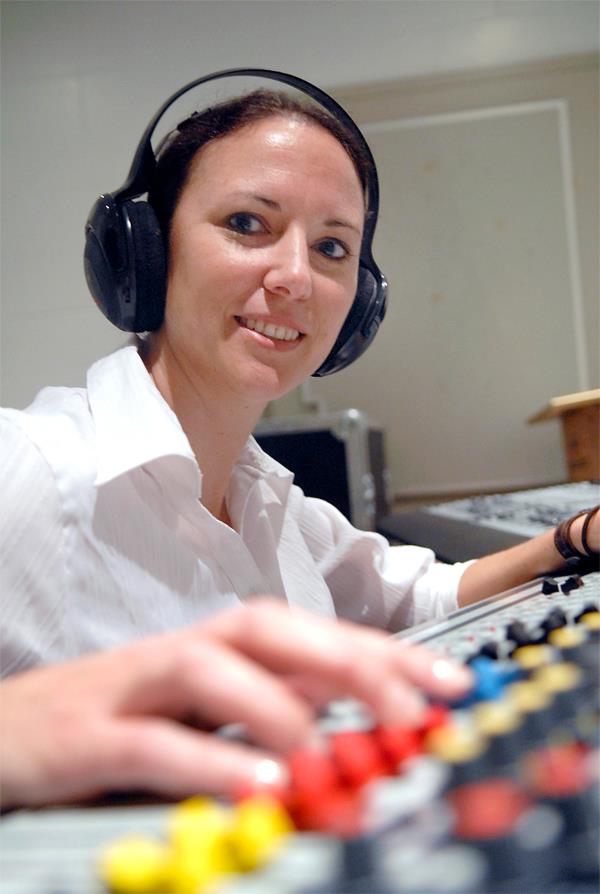 BEEP is also the first step in important archival work that will mean the stories behind the songs and sounds of games don’t get lost. Collins elaborates, “We have a really unique opportunity in that nearly all of the people who worked on video games are still alive. We can’t go back and interview Beethoven or Max Steiner or Carl Stalling, but we can document game music and sound history right now, and then it’s there for all the people in the future who might have questions. We’ve got a librarian on board who has a master’s degree in popular music who is going to help us with archiving and making the footage available in the best way possible. So in a way, this project is about protecting this heritage that we have, recording it now before it’s too late.”

ABOUT THE DOCUMENTARY
The BEEP: A History of Video Game Sound documentary film and guidebook will feature:

ABOUT THE TEAM
Karen Collins is the director and author of BEEP: A History of Video Game Sound. Publishing the encyclopaedic Game Sound in 2008, Dr. Collins became the first academic to write a book on game audio. Through her lead, the study of game audio has started to gain academic recognition and is now the subject of international conferences. Now a Canada Research Chair in Interactive Audio at the University of Waterloo, Dr. Collins combines research, teaching, and writing with running a production and game audio plug-in company, Ehtonal. The team behind BEEP also includes research assistants and archivists, audio-visual specialists, a Japanese interpreter, and, a journalist who specialises in interviewing the world’s game composers.

ABOUT THE KICKSTARTER
From August 15 to September 30, Ehtonal are raising $40,000 CAD (~$37,000 USD/ €27,000  / £22000 GBP) to develop the documentary film BEEP: A History of Video Game Sound. Every dollar raised will go back into the film, financing production, post-production, travel, and legal costs. The film will be developed on a tight schedule over the subsequent 18 months, with backers receiving an insider’s look during the development. Depending on the amount pledged, those who back the campaign will receive the BEEP film, book, poster, and T-shirt, together with the Retro City Rampage soundtrack and other goodies.

BEEP is currently seeking the support of backers through Kickstarter. Donate to the campaign by visiting the Kickstarter and official site now.