In this interview, we discuss with Boom Library creative director and Dynamedion sound designer Axel Rorhbach the features of the library. He discusses how the libraries incorporate both designed and construction kits, the field sessions used to record gun and wildcat sounds, and how the library has already been incorporated into video games and television shows.

Chris: Why did we decide to found a sound effects library?

Axel Rohrbach: The choice was inspired by the limitations of existing sound libraries. We always worked with commercial sound libraries while also recording a lot of stuff on our own. We received high quality recordings in commercial libraries, but they were already more or less processed — already compressed, eq’ed and mastered — strongly limiting us freedom in our work. So we started to create source libraries for our internal use only.

Because we had such a great benefit using our own libraries, we thought it is a great idea to share them with all the other sound designers out there. Our aim was to offer high quality libraries that were both flexible and convenient.

Chris: What are the difference between ‘designed’ and ‘construction’ kits?

Axel Rohrbach: These kits offer different options depending on the needs of the sound designer. Our “Construction Kits” are raw source libraries that enable users to build sound effects in a flexible manner. Our “Designed Kits” are fully designed and mastered sound effects ready for effective workflows; they are useful, for instance, every time a sound designer does not have the time or budget to start from scratch for every sound effect. That given, we offer the “Designed Kits” using exclusively the corresponding “Construction Kits”.

Chris: How are the individuals at Boom Library specially suited for library production and how do you come together as a team?

Axel Rohrbach: Besides much experience in recording and creating sounds for different media, we are our own best client. That means, we know what we need in our daily business and we try to create libraries that make our own lives easier and more fun. We think that this pushes our libraries and that our clients profit from this the same way we do.

Chris: Tell us something about the first releases.

Axel Rohrbach: Our first three products “Cinematic Metal”, “Creatures”, and “Guns” pursue exactly this approach. Included in the “Cinematic Metal – Construction Kit”, for example, are cropped and pre-pitched metallic hits of many different sorts, which are pretty clean. Those were recorded to create the cinematic impacts everyone knows from trailers and commercials. The “Cinematic Metal – Impacts” are the designed, ready to use sounds for huge and fat impact.

The same applies for the “Creatures” library: offering access to a huge amount of source recordings to design creatures, from zombies to dragons, this is the perfect kit for all the guys working on horror and fantasy movies or games. The “Creatures – Designed” package include Creatures, created with the “Creatures – Construction Kit”, fully processed and again ready to use in all media.

Chris: But the “Guns” library is a bit different…

Axel Rohrbach: The “Guns – Designed” library includes different styles per weapon from natural to over the top. Those are created using the “Guns – Construction Kit”, which is a multitrack 12 channel library including 17 different guns. With this kit, you can mix, remix, process, or design you own weapons. Providing again 96kHz 24-bit, as in the other “Construction Kits”, you can even be more creative than mixing your weapons from close to far or surround. Using the channels, it is possible to create huge cannon shots, create blender sound effects, or whatever else you have in mind using those source recordings.

Chris: The newest release, “Wildcats – Tigers & Lion”, ships without a “Construction Kit”. Why is that?

Axel Rohrbach: The “Wildcats” library are recordings from real animals — 3.5 GB of roars, snarls, growls, recorded, edited and shipped in 192kHz 24-bit. On the one hand, it is not really possible to “construct” animal sounds. Because of that you may say this is a designed collection of clean and high quality animal recordings — not compressed or eq’ed so far to give our clients the possibility to decide where to go.

On the other hand, sound designers are able to design other things out of it, like blender and woosh sweeteners, or use it as a perfect addition to other “Creatures” library. Using microphones with a frequency response up to 100 kHz, it is possible to extensively pitch and process those recordings without getting this dull sounds you normally would get by pitching sounds down on or two octaves. So this library is a “Designed” collection and a “Construction Kit” at the same time.

Chris: Tell us about the field sessions you used to produce the latest recordings, e.g. at firing ranges, zoos, etc.

Axel Rohrbach: As a sound designer we have to record a lot of things on location. The “Guns” library was recorded in a stone pit in Oregon. We carefully looked around to find such a spot with a reverb that suited our purposes for the final sound.

For the wildcats, we contacted animal trainers who were up to do some recordings. We honestly hoped that the animal trainers could trigger the wildcats to become really angry, but since they work on a daily basis with the cats, being together with them in the cage, they were not able to — the lions would remember that and probably strike back one day. So we had to try out things on our own. This turned out to be very easy: just give the animals something to eat and get close to them. I guess they thought we wanted to steal the food, so they started to get really nervous and angry.

We tried to record in a zoo before, without any luck. First of all, there are too many animals around to make clean recordings — most of the time all the animals make sounds except the animal you are trying to record. On the other hand, the wildcats especially are too far away and during day time they just lay around doing nothing.

Chris: What recording, mixing, and mastering equipment do you use to optimise the sound libraries?

Axel Rohrbach: We mainly use Sound Devices recorders for nearly every situation, mostly the 744T with two Sound Devices MP1 mic preamps. We have a whole bunch of microphones and, depending on what and where we record things, we select the idea equipment. From time to time, we rent additional microphones that we do not have for special situations, such as the gun multitrack recording.

The same thing applies for the editing process. We use Wavelab pretty often for the edits, in addition iZotope RX2. But in some situations, it is much easier to edit in a sequencer. We use those for the mixing process as well — normal sequencers like ProTools, Logic, or Cubase. Our plug-ins range over a very wide range of companies like Waves, Soundtoys, PSP, Nomad Factory, SPL, and so on.

Axel Rohrbach: We started to create our libraries because we always needed good, fresh, high quality, and, especially, unprocessed basic audio files to create really unique and new sounds from. That is what we are missing in other commercial sound libraries. For Risen 2 we created a lot of creature sounds — using our “Creatures – Construction Kit” for that was a lot of fun. We were able to work very effectively; because of the raw material we could totally focus on the creative design aspect.

For a trailer, we used the “Guns – Designed” kit. In addition, for a Vietnam shooter, we designed and mixed weapons from scratch using the “Guns – Construction Kit”. Both of the “Cinematic Metal” library is already in use in many different situations too, be it trailers or as sweeteners or even heavy machinery sounds and destructions.

Chris: What about the wider circumstances in which your libraries have been licensed in the past, e.g. television shows, adverts?

Axel Rohrbach: Unfortunately most of the bigger productions that may use the Boom Library sound effects are still in production. Nevertheless, the television show The Vampire Diaries uses a lot of the Creatures sounds. I may not talk about any other productions, but let’s say: there are some huge things coming up.

Of course there are some productions we worked on, like Arcania: Gothic IV, Risen 2, Crysis 2, orAnno 2070 that include sounds of our libraries.

Chris: To summarise, against other products and options, what superior features do Boom’s libraries offer?

Axel Rohrbach: Certainly the main benefit of our libraries is the combination of the unprocessed “Construction Kit” together with the “Designed” edition. On the one hand you can throw in the designed sounds, using them as is; on the other hand a sound designer is able to build new sound effects using the raw “Construction Kit” sounds.

Another feature is the quality of the recordings. The guns were recorded in 96kHz, 24-bit, everything else always in 192kHz, 24-bit. Also we mainly use high frequency response microphones, so that pitching and time stretching things does not result in dull sounds too early. Another plus are the Metadata concepts that makes it easy to find the right sound you have in mind pretty quickly.

What we offer are no general sound effect libraries but special purpose collections. If you need creature sounds, you will have tons of sounds to work with using the an “Creatures” library. We think we are a perfect addition to an already existent commercial sound library. 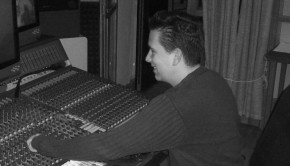 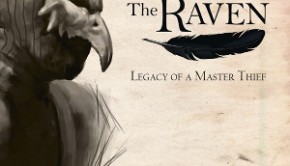 The Raven -Legacy of a Master Thief- Soundtrack →