Most of us assumed that the soundtrack for light-hearted spinoff title World of Final Fantasy would be a relatively modest one. However, Square Enix have gone all-out to ensure that the game’s soundtrack is as substantial as the main instalments of the series. They’ve revealed that the World of Final Fantasy Original Soundtrack, due to be released on November 2, will span some four discs of music. 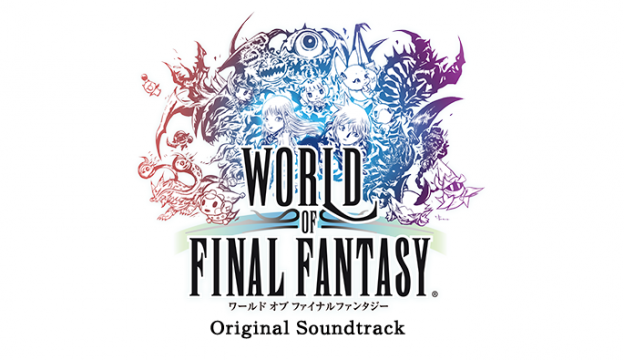 According to a recent interview, World of Final Fantasy features a mixture of original compositions and arrangements of classic Final Fantasy titles. The majority of the soundtrack, approximately 50 pieces in total, were written by Final Fantasy XIII‘s Masashi Hamauzu. He notes that, in contrast to his darker previous scores, he was able to approach this title “very positively” given the happy settings and cute characters.

Also joining him on the score are three composers from developer TOSE, Shingo Kataoka, Hayata Takeda, and Takashi Honda. In addition, Square Enix’s Ryo Yamazaki penned the opening theme “Innocent²” and noisycroak’s Ryo Shirasawa wrote the ending song “World Parade”. Samples from the soundtrack can be heard at the soundtrack’s website