Fans of the long-dormant Advance Wars franchise have likely had a keen eye on Wargroove for a while now. Heavily inspired by Nintendo and Intelligent Systems’ chess-style tactics games, this indie breakout hit has been quick to capture the hearts of strategists with its fantastical flare and candy coated visual style.

Now that the game itself has proven its mettle, it’s time to turn a keen ear to the soundtrack. Pete “Phonetic Hero” Lepley, who previously cut his teeth on games like Sky Rogue, certainly knows how to score a game brimming with colors and optimism. Just how well, then, does his style pair with tone of Wargroove?

Track one can often tell a listener what to expect from a soundtrack. This point proves especially apt for Wargroove: the album packs as uniform a sound as a listener could hope for, and that uniformity lends the overall listening experience the smoothness of a polished stone. So those who fall for the staccato string undercurrents, blaring brass swells, sky high flute lines and crashing percussion of “Opening Groove” will likely love the rest of what’s on offer, as this track’s driving orchestral spirit carries over into the vast majority of tracks thereafter.

That spirit revels in its simplicity. Wargroove is a dense album, but not a complex one. From “Theme of Wargroove” to the conclusory “Fisher King”, the music is full of pretty homophonies which sit comfortably on top of repetitious textures and take their time parsing out their stories. Think of Octopath Traveler’s shiniest musical moments, and you’ll have a decent idea of where Wargroove is going with its compositional direction and tone.

That’s not to say that the textures beneath aren’t intricate or invigorating. “Cheeky Ruckus” stands out in particular for its syncopated strums and diverse, danceable percussive layers, and tracks like “Lucent Mage” and “Sorrow Sempre” feature majestic arpeggios and rich choral backdrops. These elements just work in support of simple melodies and rhythms, giving the album a steadfast and refreshingly cartoonish charm.

Yet after a while, Wargroove can start to feel a bit too steadfast. The emotional spectrum runs from adventurous to determined to sinister, with only a few stray stopping points – such as the solemn, cello-driven “Reflection” and the soothing “Peaceful Contemplation” – in between. As a result, the many individually resplendent tracks on the album can begin to blur together when taken in as a whole.

Nevertheless, Phonetic Hero does deploy fresh elements in intriguing ways to keep the momentum going. “Dancing Crane”, “Mechanist Prince” and “Dashing General” each make especially resolute and bittersweet use of koto and erhu, while “Oaken Sentinel”, “Wild Flower” and “Creeping Ivy” weave together percussive beds of metal and wood that would make NieR: Automata proud. Subtler touches, such as the cute snippets of pitch bend in the “Mechanist Prince” flute line or the grunge guitar in “Unbound Fury”, also compliment the album’s stellar sound and help keep it fresh.

A soundtrack like Wargroove takes an experienced composer’s ear and a youthful light heart to produce. Phonetic Hero succeeds at channeling both. While listeners might desire a little more variety between tracks, the tracks themselves are sure to excite with rousing melodies, compelling rhythms, and sweeping orchestration. The result is a soundtrack that any tactician at heart can enjoy. 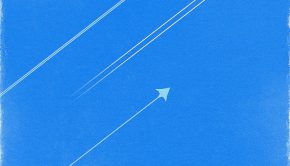