On October 2, the Video Game Orchestra will return to the Berklee Performance Center in Boston to treat fans with an all-new concert performance. Channelling their so-called ‘rockestral’ style, their performance will feature orchestra, choir, and rock band. The company have also received permissions from game publishers to feature video projections of video game visuals throughout the concert.

This all-new-production will feature music from Chrono Trigger, Final Fantasy, Kingdom Hearts, and many other quintessential soundtracks. It will also feature the world premier of the music from the critically acclaimed D4: Dark Dreams Don’t Die, with the game’s renowned director, SWERY, will be attending the concert. We can also reveal that the concert features the world premiere of music from Dragon’s Dogma, in addition to Street Fighter II, Mega Man 2 and God Eater 2. Tickets are available for the event from 8 USD to 23 USD here. 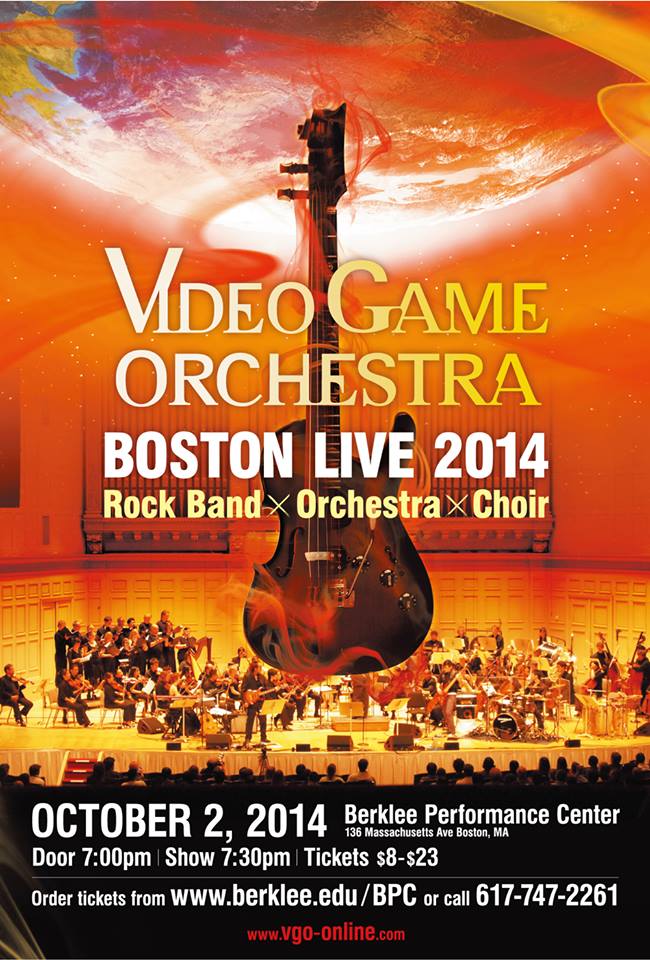 The orchestra has also announced they will be touring Taiwan. On October 11, the Video Game Orchestra, in collaboration with the Taipei Philharmonic Youth Orchestra and Taipei Philharmonic Chorus, will perform a concert at the Taiwan International Convention Center in Taipei City. Composers including Yasunori Mitsuda, Masashi Hamauzu, Yuji Takenouchi, Yoko Shimomura, and Hitoshi Sakimoto will be present to hear performances of their own works. Tickets are available here.

Shota Nakama’s Video Game Orchestra continues to go from strength to strength. VGO recently released its Kickstarter-funded album Live at Symphony Hall. Its recording division, SoundtRec Boston, has recorded for the official soundtracks of renowned game franchises, such as Final Fantasy, God Eater, and Kingdom Hearts, and can be heard throughout the actual games.