The Katamari series has long been known for its strange but addictive concept, colourful visuals, and eclectic and hugely enjoyable soundtracks. Unfortunately the later iterations of the games have not brought much in the way of innovation to the series, and while the music has at times seen a progression, it has also seen some low points trying to find the balance between quirkiness and sheer fun that was found in the first soundtracks. The latest game in the series, Touch My Katamari (known in Japan as Katamari Damashii No-Vita) brings more music in the same vein but with refinement and focus, making for an entertaining and cohesive package that is a worthy successor the first great soundtracks.

The album opens with the oddest track of the lot, “NGC1976”. Taken from the opening movie for the game, the song is full of dissonant, screeching strings that eventually give way to a light waltz. It’s a short affair that will probably leave listeners confused if they don’t remember it from the game, but it somehow fits neatly into the strange universe of Katamari. The following track “Katamari on the Stage” brings listeners back into familiar territory. The song is bombastic, and is fantastic follow-up to the other great themes of the previous games that featured vocalist Shigeru Matsuzaki. In line with “Katamari on the Swing” from the second game, this theme is big and brassy with some fun electronic elements fused in that set the stage for the rest of the soundtrack. As the central theme to the game, it captures the spirit and style of not just of Touch My Katamari but also the entire series, and also shows how far the games have progressed musically. The theme’s melody will also make appearances in a number of other tracks from here out.

“Rehabilitation” is the start of the electronic section of the soundtrack. It’s a shorter, less impressive track that utilizes the “Katamari on the Stage” melody, but it serves fine as an interlude to the meatier tracks. First after is the very strange electro-J-pop “Alien”, with its high pitched female vocals in contrast to trippy synths that seem mismatched but at the same time create something oddly alluring. It’s certainly one of the more interesting tracks, and it’s catchiness will have a number of listeners dancing to it with some bemusement. “Don’t Give Up” keeps the momentum going but doesn’t have too much going on in it, leaning on the filler side of things. The new “Katamari on the Funk” remix pushes things forward with electro-funk. It works surprisingly well for the song, and the chorus creates a party atmosphere that makes it even more infectious. This section transitions out with “Katamari Exotica”, a light and breezy track that’s fitting for a quirky resort.

The next section explores the big band sound. The beloved “Lonely Rolling Star” and “Katamari on the Rocks” get non-vocal big band arrangements by Masahiko Osaka. While they don’t at all surpass the greatness of the original tracks, they are still very enjoyable renditions that are arranged well and feature great improvised solos from various section leaders. They have great groove and playfulness to them, but also an air of maturity. “Cosmomule Cosmopolitan” brings the modern electronic elements into the mix for a track that is ultimately filler, but still is enjoyable and keeps up the pace. The swing arrangement for “Shabadoobie” actually seems to suit the vocals much better than the original soft electronic arrangement. It loses some of its uniqueness with the transition, but it’s still a great track, and now much more fun than it was before.

The final section of the soundtrack contains the vocal/pop themes. First is a SEXY-SYNTHESIZER remix for first game’s ending theme, “Katamari of Love”. Much like his remix for “Katamari on the Swing” on the Katamari TRIBUTE soundtrack, this remix takes heavily processed vocals in an arrangement driven by chips and sound effects. It’s a great throwback to the early era of gaming while also including modern touches for a full sound. It plays out just like his first remix did so there isn’t much novelty, but anyone who enjoyed his first remix will enjoy this one as well. Keeping with that sound is the new light and pop-y composition “Hello World”. It’s catchiness makes it a standout among the new tracks, and it’s truly difficult to listen to the song without grooving to the beat with a smile. “Katamari LOVEMIN” doesn’t have vocals but it is more melodically driven than the other new instrumental tracks, making it more memorable. It brings in some nice acoustic instruments into the mix, giving it a lot of charm. “2011’s Sky and Music” has a female vocal in another charming and catchy pop song, although the verses seem to have an odd rhythm to them that can be tough to grasp at first. Given the series, it’s a little unexpected for the ending song “Across the Katamari” to be straightforward pop as well. Although it’s not as quirky or strange, it is pleasant and uplifting and the vocals sound refreshingly natural. The inclusion of the “Katamari on the Stage” theme here is great, and the piece does have a large sound appropriate for a closing theme. Altogether the piece sounds very genuine with a lot of heart, and it’s a great way to end a soundtrack to a game for a series largely dedicated to making its players laugh and smile.

While the game may have disappointed some, the soundtrack for Touch My Katamari channels all the energy and charisma of the first games, and even improves in flow and cohesiveness. While the other albums have always had a problem with filler tracks or abrupt shifts in genre, Touch My Katamari has largely filtered these problems out, leaving an album that is almost from start to finish wildly fun and entertaining. Many of the songs are very catchy, and the dynamic sound production does all of the different genres justice. The remixes and arrangements of old songs breathe new life into the tracks, and the new songs stand up to the most popular songs from the series. Even if you didn’t pick up the game because of its aging concept and execution, the soundtrack is still most certainly worth checking out. 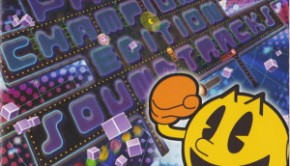